Kumaraswamy seeked for release of pending funds under NDRF and MGNREGA for drought relief. 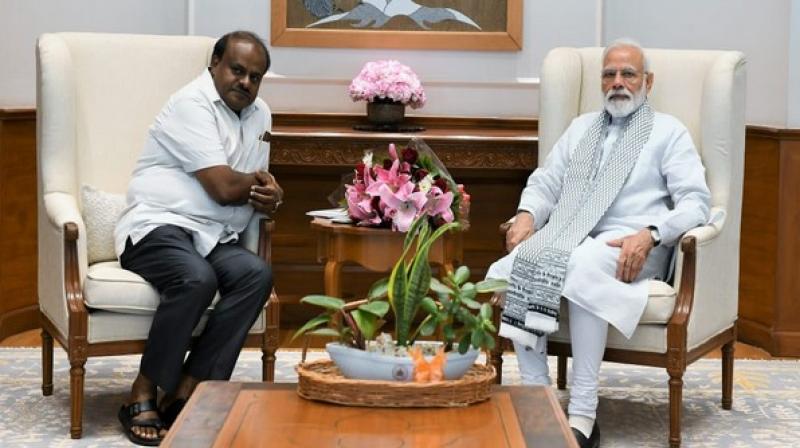 Kumaraswamy urged the Prime Minister to expedite the process to release Rs.2064.30 crore as per SDRF/ NDRF norms for drought relief and mitigation. (ANI)

“Chief Minister HD Kumaraswamy met Prime Minister @narendramodi today and appealed to release pending funds under NDRF and MGNREGA for drought mitigation& wage component and material component to the state. There was a severe drought in 100 talukas out of 176 talukas in the state,” Chief Minister's Office of Karnataka tweeted.

In another tweet, the CMO said, “Against the memorandum seeking financial assistance of Rs. 2434 Cr as per NDRF/ SDRF norms, central assistance of Rs.949 Cr. was approved, which is less than 50 percent of the input subsidy claim. Crop loss during Khariff and Rabi altogether is Rs. 32,335 crore.”

Kumaraswamy urged the Prime Minister to expedite the process to release Rs.2064.30 crore as per SDRF/ NDRF norms for drought relief and mitigation.