No relief to Karti, SC allows him to move Delhi HC

The CBI had arrested him in the INX Media case and he is now in police custody till Friday. 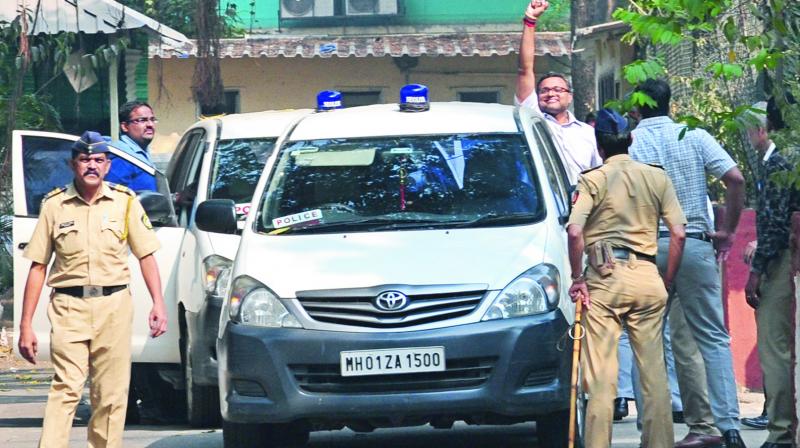 New Delhi: With the Enforcement Directorate strongly opposing grant of anticipatory bail in the guise of protection from arrest, the Supreme Court on Thursday asked Karti Chidambaram to approach the Delhi high court for interim relief, either stay of arrest or bail.

Senior counsel Kapil Sibal and Abhishek Singhvi informed a three-judge bench of Chief Justice Dipak Misra and Justices A.M. Kanwilkar and D.Y. Chandrachud that they apprehended that their client Karti would be arrested on Friday soon after the CBI releases him from custody and that he should be protected from arrest by the ED.

Mr Sibal strenuously argued that in the absence of registration of an FIR by the Enforcement Directorate or receipt of a complaint, no arrest could be made.

The CBI had arrested him in the INX Media case and he is now in police custody till Friday.

Additional solicitor general Tushar Mehta for the ED cautioned the apex court from showing indulgence or granting privilege of anticipatory bail or protection from arrest.

He said it would send a wrong precedent if the apex court grants anticipatory bail in a petition challenging summons as the high court was the right forum to seek such a relief. He said the registration of ECIR (Economic Case Information Report) is itself based on a cognisable offence and the ED has the power to arrest, search, seize and attachment of properties under the Prevention of Money Laundering Act.