India   All India  09 Mar 2018  From skills to jobs: Information pathway to empowerment
India, All India

From skills to jobs: Information pathway to empowerment

For the continuum that spans education, skills, jobs onto economic growth, information is going to be the pathway to empowerment. 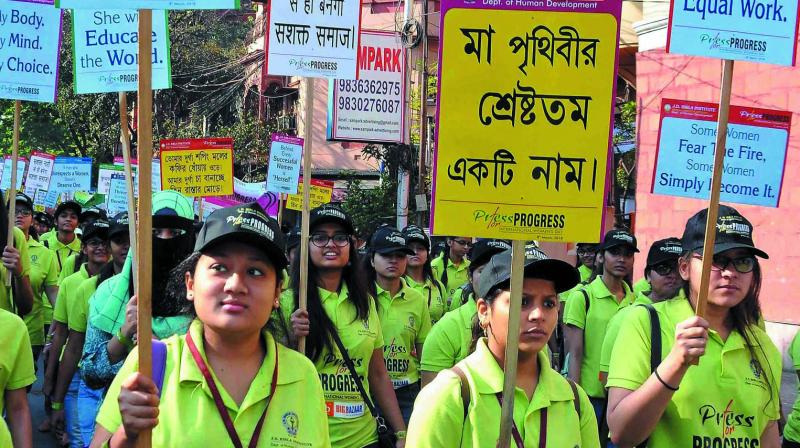 Dipika, 22, dreams of becoming a chef. Growing up, she saw her mother, a domestic worker in Delhi, get little respect for the essential services she provided. Dipika wants her story to be different, but she has no idea how to turn her dreams into reality.

Dipika is far from the only young woman in this predicament. As the recently released India Skills Report (ISR) 2018 finds, 85 per cent of the 500,000 students surveyed across 5,200 institutions said they are not equipped to make decisions about their future. This suggests chronic information gaps are a major reason, keeping aspirants from making inspired career decisions.

Among the 15 per cent who believe they are properly equipped, only 7.5 per cent accessed information from formal sources such as colleges, and the remaining got their information from sources such as the Internet, newspapers, family and friends. Second generation learners from underprivileged circumstances such as Dipika are even worse off because they have limited access to such sources, leaving them doubly disadvantaged.

This lack of formal and systematic information on careers is holding back tens of thousands, if not millions, of young people like Dipika from participating in the workforce in a meaningful way. These gaps disproportionately hurt women, given the familial and societal obstacles many of them face. This is reflected in India’s low — and declining — female labour force participation rate, and as the ISR records, only about one in every four women are working or looking for work.

Factors that lead to this dire status however manifest variously and much earlier. The Annual Status of Education Report (ASER) 2017 highlights that near gender parity school enrolment at age 14 gives way to a much more skewed ratio in later years. After eight years of elementary school, girls begin to abandon their education in far greater numbers than boys. The tragedy is that while boys cite a lack of interest as the primary reason for dropping out of school, girls do it because their families are unwilling to support or put them through further years of education.

Beating the odds, women still make up for nearly half the students enrolled in higher education (according to the ministry of human resources development) and were even deemed more employable than men in key post-graduate level courses such as MBAs, as the ISR points out. But high female employability has not translated to comparable gender diversity hiring intent in organisations. Nor does it imply equal pay for equal work.

This is despite an increasing body of evidence — most recently a report released by Just Jobs, an organisation committed to finding evidence-based solutions to create more and better jobs worldwide — that fostering gender diversity at the organisational level will unlock significant productivity gains and economic growth. And, of course, a widely reported estimate from the International Monetary Fund that suggests India’s GDP could rise by 27 per cent if the number of women workers equalled the number of men. Yet, two-thirds of all college-educated women drop out even after being qualified to meaningfully participate in the workforce.

Clearly, ability is not a problem — women are demonstrably skilled and competent. Rather, most women are unable to seize opportunities available because of an unconducive environment, both at home and in society, including at prospective workplaces. Men, on the other hand, are better able to avail of programmes and schemes that are in fact aimed at improving the lives of both.

The bottomline then is — for the continuum that spans education, skills, jobs onto economic growth, information is going to be the pathway to empowerment. Enabling environments all along the continuum, for women as well as young people, will help maximise economic potential, especially as recent skill gap analyses conclude that by 2022, another 109 million or so skilled workers will be needed in 24 key sectors.

Schools and colleges are strategically well placed as intervention points. The Disha project, a partnership between United Nations Development Programme and India Development Foundation, supported by the IKEA Foundation, is pioneering a career guidance and counselling model to enable young women like Dipika — those who stay in school beyond the age of 14 — can be systematically provided life-changing information at the critical threshold of their education to job transition. So far, over 400,000 youth have been covered.

What’s more, over 90 per cent of students surveyed by the ISR say that they are interested in apprenticeship opportunities. A quarter say that internships are a preferred way of making informed career choices. This necessitates innovative public-private partnership models that bring together key players along the skills value chain to common matchmaking platforms, servicing both job-seekers and potential employers, ultimately benefiting the nation’s economic agenda.

A simple career assessment test confirmed Dipika’s skills match her aspirations. A counsellor then guided her, and Dipika enrolled into a hotel management course. She is now a paid trainee chef with the Radisson Group in Anand Vihar. Dipika is one step closer to her dream. And India has another citizen that will not be left behind.

The writer is chief of skills and business development at the United Nations Development Programme in India. The views expressed are personal.