India   All India  09 Mar 2017  LG rejects ex-gratia to former soldier's kin who killed self over OROP
India, All India

Sources said that Baijal, on March 6, rejected the decision of the Delhi Cabinet which had also granted martyr status to Grewal. 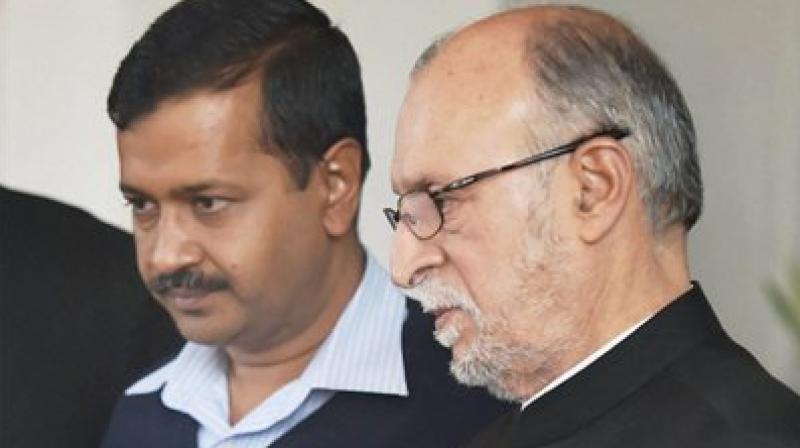 New Delhi: Delhi Lt Governor Anil Baijal has rejected the AAP government's decision to give Rs 1 crore compensation to the family of ex-serviceman Ram Kishen Grewal who had committed suicide over the OROP issue in 2016.

Sources said that Baijal, on March 6, rejected the decision of the Delhi Cabinet which had also granted martyr status to Grewal.

Last year, the army veteran had committed suicide in the national capital demanding immediate implementation of One Rank One Pension (OROP).

"The Lt Governor has turned down the proposal sent by the Delhi Cabinet for his approval, saying it is not in line with compensation policy to provide ex-gratia to servicemen," sources said.

In his note to Chief Minister Arvind Kejriwal, Baijal said that as mentioned in the Cabinet decision, Grewal had consumed poison on November 1, 2016 during a protest for the implementation of OROP.

"This specific case does not fall within the parameters of the scheme for grant of ex-gratia payment i.e death occurring in the discharge of official duty.

"Therefore, while I fully sympathise with the family of Subedar (Retd) Late Ram Kishen Grewal, I'm not able to agree to the proposal for payment of ex-gratia relief in this case," Baijal said in the note.

He said the position was also explained to the chief minister during his meeting with him earlier this month.

This is the first proposal of the Delhi government shot down by Baijal after he cleared a slew of files that were stuck with the LG office during Najeeb Jung's tenure.

The move may trigger a tussle between the AAP dispensation and the LG office.

Sources said the proposal was also turned down as Grewal was neither associated with any service with the Government of NCT of Delhi, nor a resident of the capital.

As per the existing scheme, ex-gratia payment is made in cases of defence, paramilitary forces, the Delhi Police, Home Guard, Civil Defence, Delhi Fire Service personnel dying in discharge of bonafide official duty.

"They have to be either working with the GNCT of Delhi/ Delhi Police or have their permanent address recorded at the time of joining service as Delhi in case of defence/paramilitary personnel. The situations that qualify for ex-gratia payment are well defined in the scheme," Baijal said.

"Narendra Modi is anti-soldier. Modi ji himself doesn't not provide good food to soldiers and when we are trying to help the family of the deceased soldier, why is he stopping us?" he tweeted.

In November, Kejriwal had announced a compensation of Rs 1 crore for Grewal's family.

His suicide had sparked political slugfest as Kejriwal and Congress Vice President Rahul Gandhi had attacked the Centre for "not fulfilling OROP demand" of the ex-serviceman.

Both leaders had also been detained by the Delhi Police when they tried to meet Grewal's family. Gandhi, Kejriwal and other political leaders had reached the army veteran's native village to attend his cremation.