Last month, a two-wheeler owner was fined an `26,000 after a minor of his neighbourhood was caught riding his bike without a helmet. 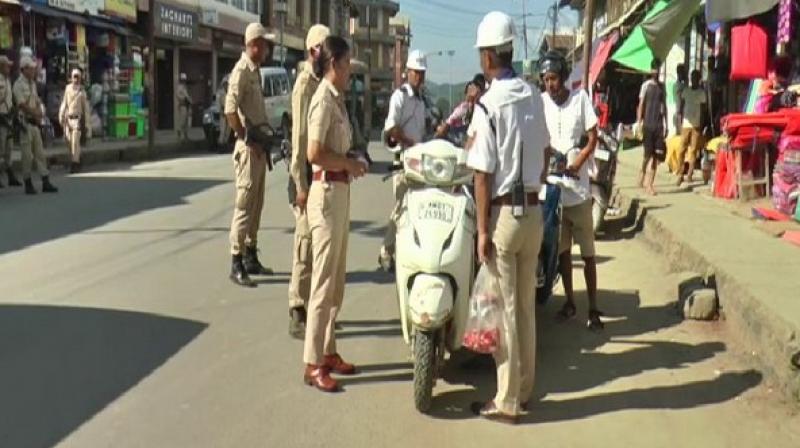 Odisha transport department has imposed a penalty of Rs 42,500 on the owner of a two-wheeler in Bhadrak district for allowing his minor child to his ride motorbike. (Photo: Representational)

BHUBANESWAR: Odisha transport department has imposed a penalty of `42,500 on the owner of a two-wheeler in Bhadrak district for allowing his minor child to his ride motorbike.

According to reports, on February 6, when road transport office (RTO) traffic inspector Dhaneswar Nayak was returning from duty, he saw three college students on a motorcycle and the riders were without helmets and on the wrong side near Kaharapokhari area of Bhandaripokhari.

During the verification of vehicle documents, Nayak learnt that Akash Behera, the boy driving the vehicle was a minor. A challan of `42,500 was issued against the owner of the two-wheeler Narayan Behera of Nuapokhari area in Bhadrak.

The challan generated, among others, included penalty of `500 as general offence, `5,000 fine for allowing person to drive vehicle without valid/proper driving licence, `5000 for driving against flow of traffic, `1,000 for riding more than two persons in two-wheeler, `1000 for riding without helmets by driver and pillion and `25,000 under offences by juveniles.

The fine was imposed under Amended Motor Vehicles Act 2019.

Last month, a two-wheeler owner in Pallahara area of Angul district was fined an exorbitant amount of `26,000 after a minor of his neighbourhood was caught by a joint team of MVI and traffic police while riding his bike without a helmet.

In another similar incident recently, the state transport authority had imposed a penalty of `26,000 on one Mangaraj Panda for allowing his minor son to ride his motorbike. The under-aged kid was caught driving the two-wheeler without a helmet near Barang police station area on the outskirt of the capital city Bhubaneswar.

It may be mentioned here that despite a plethora of awareness campaigns, parents are seen making fatal and expensive mistakes by allowing their unauthorised minor to drive a vehicle.