India   All India  09 Feb 2020  Another PDP leader booked under PSA
India, All India

Another PDP leader booked under PSA 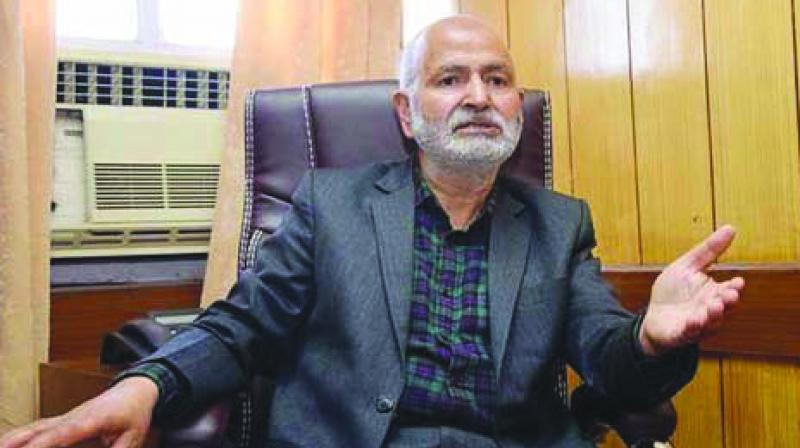 Mr Akhtar, who served as a minister in both Mufti Muhammad Sayeed and Mehbooba Mufti-led PDP-BJP coalition governments and also as their chief spokesman is among several hundred politicians and activists taken into preventive custody by the authorities ahead of the Centre’s abrogating Article 370 and bifurcating J&K into two Union Territories on August 5 last year.

His detention under Section 107 of the CrPC was coming to end this week, the official sources here said.

Mr Akhtar is the third senior leader of the PDP and J&K’s fifth mainstream politician booked under the PSA this week. On Wednesday, his party colleague Muhammad Sartaj Madni and National Conference (NC) general secretary and former minister  Ali Muhammad Sagar were detained under the PSA after the expiry of their preventive detentions under Section 107 of the CrPC.

A day later, former chief ministers Omar Abdullah and Mehbooba Mufti too were slapped with PSA. The dossiers on which they have been booked under this law refer to their stiff opposition to abrogation of Articles 35A and 370 and Ms. Mufti’s alleged pro- militant and pro separatist propensity.

The official sources said that some more mainstream politicians are also being booked under this tough law, six months after they were taken into preventive custody.

The authorities have slapped the PSA on these leaders amid reports that the government may act tough against those mainstream politicians of J&K who remain unswerving  in their opposition to its August 5, 2019 contentious moves — stripping the state of its special status and splitting it up into two UTs.

Under the PSA introduced in J&K in 1978, a person can be detained for a period of two years without the authorities seeking a formal trial. In 2012, the State legislature amended PSA by relaxing some of its strict provisions.

In the case of first-time offenders or individuals who “act against the security of the state” for the very first time, the detention period for such individuals was reduced from two years to six months. However, the option of extending the term of detention to two years was kept open, “if there is no improvement in the conduct of the detainee”.

While the authorities are invoking the PSA against select politicians, they are, at the same time, also releasing some others among those  detained with them six months ago.