None can raise questions on PM Modi's honesty: Rajnath Singh

'I have known Modi ji personally for many years. I have worked with him,' Singh said. 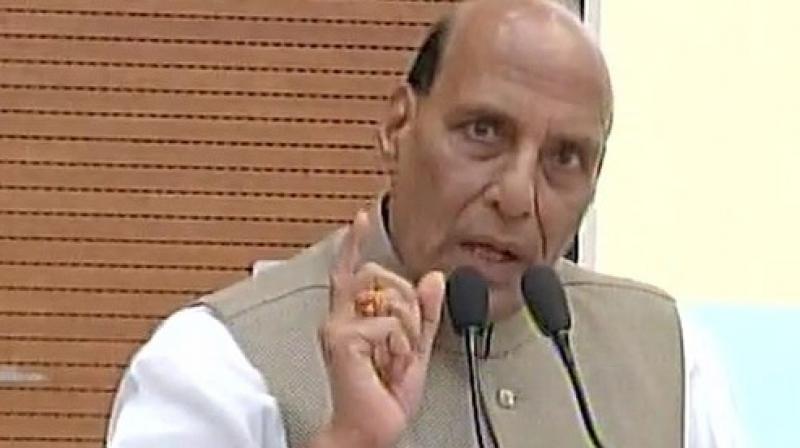 Patna: Union Home Minister Rajnath Singh here on Saturday that no one can question the integrity of Prime Minister Narendra Modi.

"I have known Modi ji personally for many years. I have worked with him," he said at an interactive session with intellectuals at Adhiveshan Bhavan here.

"He (Modi) has worked a lot in the past five years, and he should do more work for the people. One may criticise him for something, but none can raise questions on his intentions and honesty," said Rajnath.

The home minister targeted the UPA-led coalition and said people cannot be misled. Earlier, India was ranked among under-developed and poor nations. But now it is recognised as one of the most powerful countries.

"The day is not far when India will be among the top three countries in the world. This can be possible only under the leadership of Prime Minister Narendra Modi. We don't want to be a superpower as it will generate fear among people. But we want them to love our country, our people and culture," said Rajnath.

The home minister said Bihar played an important role in India's independence. "It is a land of ancient culture and traditions, which gave birth to legends like Atal Bihari Vajpayee ji."

5G rollout: Air India resumes B777 flight operations to US