The slain woman had been identified as Zainab Begum, wife of Nazir Hussain and a resident of Poonch’s Balnoei village. 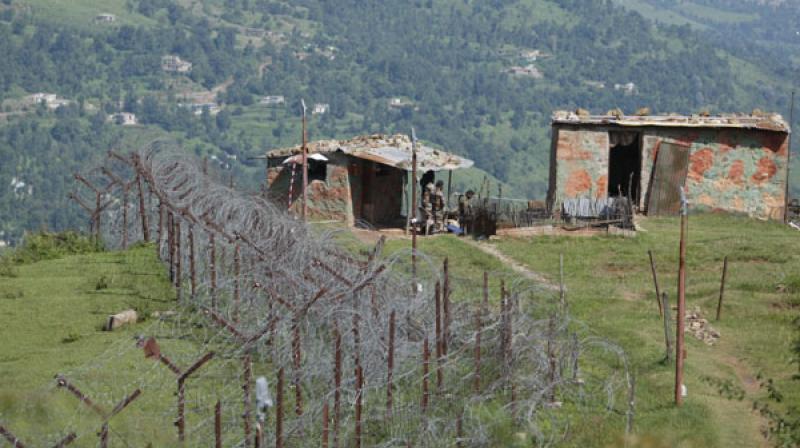 Several other houses were damaged in the shelling, leaving, at least, six persons injured. (Photo: PTI/File)

SRINAGAR: A 47-year-old woman was killed and half-a-dozen other civilians were injured in fresh cross-LoC firing in Jammu and Kashmir’s Poonch district on Thursday.

Officials in Poonch said that the Pakistani troops once again violated ceasefire by using small and medium weapons and mortars to target the Indian forward positions and civilians areas along the Line of Control (LoC) in Krishna Ghati sector of Poonch.

The slain woman had been identified as Zainab Begum, wife of Nazir Hussain and a resident of Poonch’s Balnoei village. “She died on the spot when a mortar shell fired from across the LoC landed in her house,” said Station House Officer (Mendhar) Muhammad Amin. Several other houses were damaged in the shelling, leaving, at least, six persons injured. But all of them received minor splinter injuries, the official said.

The Indian troops have retaliated to the firing “strongly and effectively”, using the same calibre weaponry, the officials said. The intermittent exchanges continued as reports last came in.

Meanwhile, chief minister, Mehbooba Mufti, said in the State Assembly on Thursday that the Centre has sanctioned the construction of ninety border outposts (BoPs) along the International Border (IB) with Pakistan in Jammu region.

In a written reply to a question by BJP MLA Kuldeep Raj, she said the process of acquisition of land for the BoPs “all along the Indo-Pak border” in the state had been initiated. She said that the Union home ministry has conveyed its sanction to the construction and functioning of 90 BoPs on the IB in Jammu. “In this direction, Rs 2,12,87,111 have been disbursed as compensation for land out of the total Rs 3,66,20,606 received from Centre”, the chief minister added.

The 198-km long IB called ‘Working Boundary’ by Pakistan like parts of the 745-km LoC has witnessed frequent exchanges between the facing border guards in recent weeks. Since January 18 this years, as many as eight civilians and ten soldiers and Border Security Force (BSF) personnel have been killed and many others wounded in the Pakistani firing and shelling.