India   All India  09 Feb 2018  TMC should clean their faces, not throw mud at Guv's office: Keshrinath Tripathi
India, All India

TMC should clean their faces, not throw mud at Guv's office: Keshrinath Tripathi

The Governor recently expressed his wish to oversee development and law and order in Malda which the TMC dubbed unconstitutional. 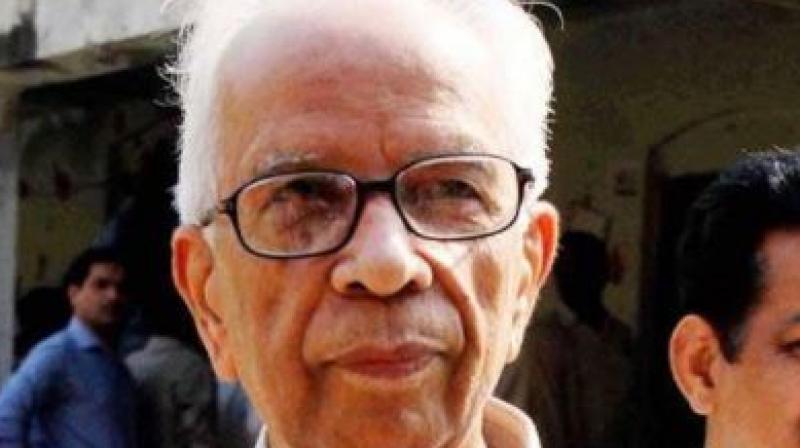 Bengal Municipal Affairs & Urban Development Minister Firhad Hakim said it is unfortunate that the Governor is speaking like a political leader. (Photo: PTI)

Kolkata: West Bengal governor Keshrinath Tripathi on Friday lashed out at the ruling Trinamool Congress (TMC) for accusing him of overstepping his jurisdiction.

“They should look at their faces in the mirror and clean the dirt from their faces,” adding that the state government should stop throwing mud at the office of the Governor.

The Governor recently wrote to the divisional commissioner of Malda district, expressing his wish to hold an administrative meeting to oversee development work and law and order situation.

“They should go to the washroom, look at their faces in the mirror and remove the dirt from their faces,” he added.

In response, Bengal Municipal Affairs & Urban Development Minister Firhad Hakim said it is unfortunate that the Governor is speaking like a political leader.

“He is speaking of dirt on our faces. I want to ask what he has to say about the people who are trying to dictate what people will eat and what they won’t. Who will wipe out this dirt?” Hakim said.

TMC general secreatary Partha Chatterjee said, "“Age is a factor. He is a senior citizen. He says a lot of things. I don’t want to comment on that.”

“By sending a letter to the Malda district administration through his secretary, the Governor has gone beyond his jurisdiction as prescribed in the Constitution. He bypassed the chief minister’s office. His act goes against the Constitution and he has flouted it. By overstepping his constitutional duty as prescribed in Article 153 of Constitution, he has not only acted as spokesperson of the central government, but also as a spokesperson of the ruling party at the Centre,” Chatterjee had earlier said.

“We respect the Constitution, but the Governor cannot be the super chief minister,” Trivedi said on Tuesday.