The Union Home Ministry asked the state government to ensure that no such incident takes place in future and deploy CRPF in prison security. 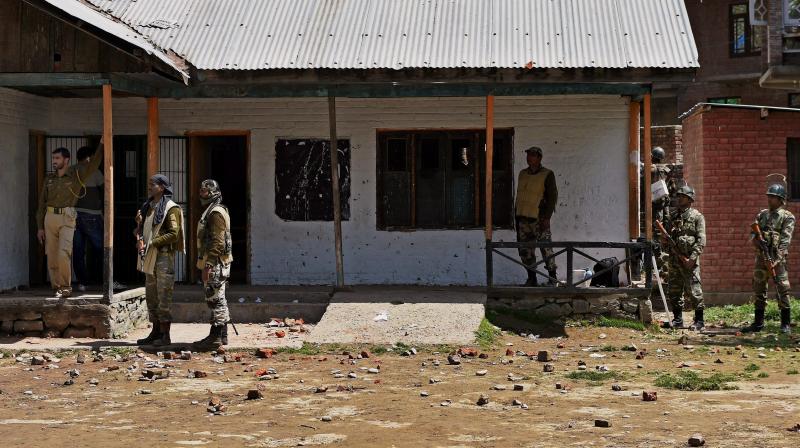 The move came following a high-level meeting which was convened after the escape of Pakistani terrorist Naveed Jutt, who was lodged in Srinagar central jail. (Photo: Representational | PTI)

New Delhi: Taking serious note of the escape of a jailed Pakistani terrorist, the Centre on Friday asked the Jammu and Kashmir government to fully review security measures in place in jails and transportation of inmates.

The Union Home Ministry also asked the state government to ensure that no such incident takes place in future and deploy CRPF in prison security.

"The home ministry has taken serious note of the issue and has advised the state government to fully review security measures and take action to prevent such incidents in future," a senior home ministry official told PTI.

The move came following a high-level meeting which was convened after the escape of Pakistani terrorist Naveed Jutt, who was lodged in Srinagar central jail.

He fled from a hospital in the city after some militants shot and killed two policemen accompanying him.

Jutt was taken to the hospital for medical checkup.

The home ministry has asked the Jammu and Kashmir government to fix responsibility for lapses and also to examine why a high-security prisoner was sent to the OPD of a hospital.

The official said the state government has also issued instructions to immediately review security of hardened terrorists who are lodged in Srinagar central jail and they are expected to be moved out to Jammu, Uddhampur, Leh jails and kept in isolation.

There were 16 Pakistani prisoners still in Srinagar jail, of whom seven are being shifted to Jammu and discussions are on where to shift the others.

The state government has been asked to involve CRPF in all aspects of central jail security- not only perimeter security but also inside the prison.

Another official said that the Jammu and Kashmir government has assured the central government of taking necessary steps and reviewing the entire jail security.

Consequently, the state government has transferred Director General of Prisons S K Mishra and appointed Dilbag Singh in his place.

The Srinagar jail superintendent has been suspended and a high-level enquiry by the divisional commissioner ordered, the official said.