They were booked for unlawful assembly and violation of Mumbai Police Commissioner's prohibitory orders. 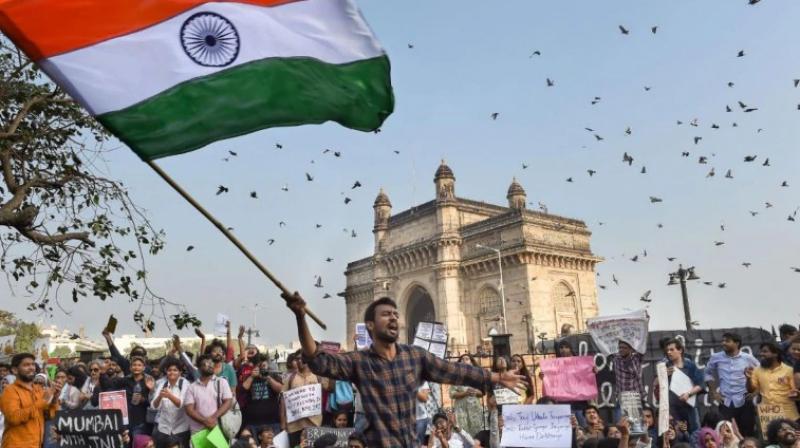 The Colaba Police have registered an offence against more than 350 persons for the 34-hour-long protest at the Gateway of India. (Photo: PTI | File)

Mumbai: An actor, a student leader, a human rights lawyer are among the protesters named in the FIR for unlawful assembly for the demonstration at the Gatway of India against the JNU violence, an official said on Wednesday.

The Colaba Police have registered an offence against more than 350 persons for the 34-hour-long protest at the Gateway of India.

Some of the persons named in the FIR at the Colaba Police Station also fingure in another FIR registered at the Mata Ramabai Ambedkar Marg Police for protesting at Hutatma Chowk, he said.