India   All India  09 Jan 2020  'As if bandits stopped us at gunpoint': Nobel winner after boat blocked in Kerala
India, All India

'As if bandits stopped us at gunpoint': Nobel winner after boat blocked in Kerala

Boat was blocked by by trade union activists, who were on a nationwide strike against the Centre's 'anti-labour' policies. 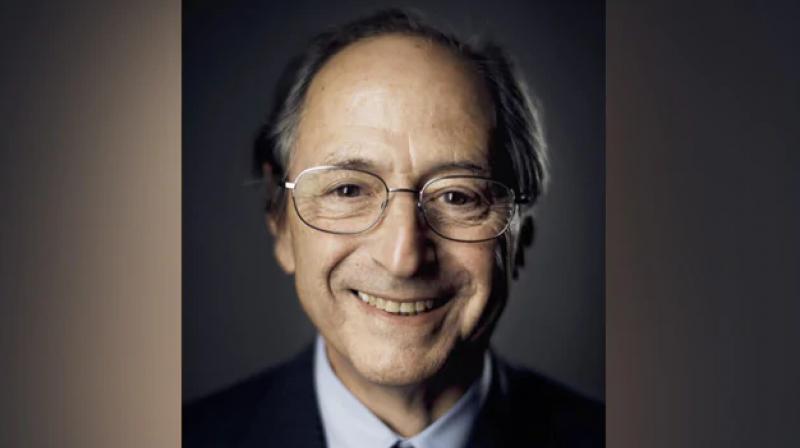 Michael Levitt, an American-British-Israeli biophysicist and a professor of structural biology at the Stanford University in the United States, said the incident sent a bad message to tourists. (Photo: nobelprize.org)

Alappuzha: The houseboat of Nobel Laureate Michael Levitt was blocked in the backwaters here for some time by trade union activists, who were on a nationwide strike against the Centre's "anti-labour" policies on Wednesday.

Michael Levitt, an American-British-Israeli biophysicist and a professor of structural biology at the Stanford University in the United States, said the incident sent a bad message to tourists.

Levitt, who was in Kerala as a state guest, also said he felt as if a bandit had stopped his wife and him at gunpoint. Police said Levitt, who received the 2013 Nobel Prize in Chemistry, was in Alappuzha with his wife and they were stopped by the protesters near Kainakary.

"Being stopped by criminals on the backwaters sends a very bad message to tourists. It is as if a bandit stopped us at gunpoint and delayed us under the threat of force for one hour," Levitt wrote in an email to his tour agent at Kottayam.

In the email, which was later released to the media, he also said the person who blocked them "ignored all arguments that tourists were exempted" from the strike.

"This person, who did this, ignored all arguments that tourists were exempted and that I am a VIP guest of the Kerala government. He was obviously acting, knowing that he was safe from prosecution. Sadly, this makes me fear that India is sinking into lawlessness," Levitt wrote in the email.

The police registered a case after the houseboat owners filed a complaint in this regard.

Reacting to the incident, state Tourism Minister Kadakampally Surendran said the government would take strong action. "Strong action will be taken against those anti-social elements who stopped the boat. Levitt was here as a guest of the state government. The government had made it clear that the tourism industry was exempted from the strike," he said.

Trade union leaders had also announced that the strike would not affect the tourism industry.

Ten trade unions, including the INTUC, the AITUC and the CITU, had called for the nationwide strike to protest against the labour reforms, FDI, disinvestment, corporatisation and privatisation policies of the Centre and press for a 12-point demands of the working class, relating to minimum wage, among others.