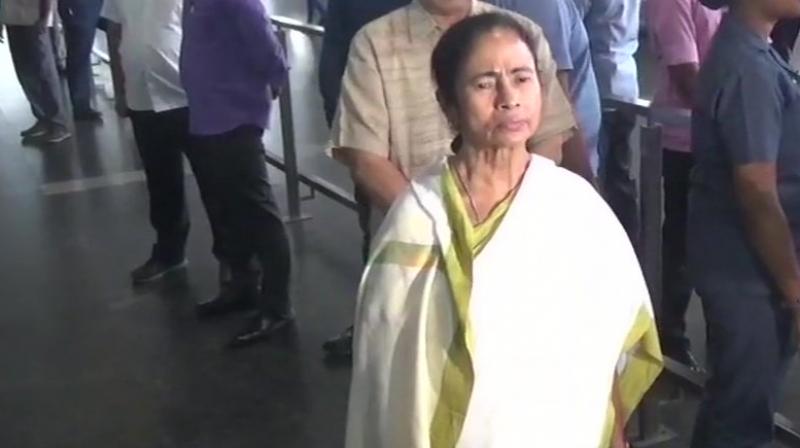 Kolkata: The Trinamool Congress expelled its parliamentarian Saumitra Khan hours after the Bishnupur MP in Bankura joined the BJP in New Delhi on Wednesday ahead of the Lok Sabha Elections.

Chief minister Mamata Banerjee's party has also expelled its another young MP Anupam Hazra of Bolpur Lok Sabha constituency for anti-party activities fuelling speculation that he might follow the footsteps of Khan soon.

Trinamool secretary general Partha Chatterjee announced the party's decision of expelling Khan and Hazra in Nadia where he is accompanying party supremo Mamata Banerjee on a visit to the district.

On Khan's removal from the Trinamool, Chatterjee who is also the party's observer of Nadia said, "He was not in touch with the party's organisation for the past year. Moreover, he was involved in different types of controversy. We took the decision of his expulsion after waiting for a long time and discussing his fate with our party chief."

Khan's switchover to the BJP and expulsion comes a day after a video airing his allegations against a police officer in Bankura went viral. In the video, he is seen accusing sub-divisional police officer Sukamal Das of threatening of murder and abducting his personal assistant Sushanta Da alias Gopi. After Khan joined the BJP, his personal assistant was arrested by the police.

Banerjee's nephew and Diamond Harbour MP Abhishek Banerjee against whom Khan lashed out countered him. "He had been MP for the past four and half years. But why could not he spend the funds he received under MPLAD scheme? I challenge him to contest an election at a booth, forget an Assembly or Lok Sabha seat. I am sure he will lose."

On Hazra's expulsion, Chatterjee, the education minister, pointed out that Hazra has been involved posting such comments on Facebook and in other activities which are against the party.

"He was into more heinous activities. He shared many posts on Facebook time to time and he was also associated with such activities which do not suit the party's policies. That is why he faced expulsion."