The congregation accused the nun of leading a life, which was against the 'principles of religious life' and rule of congregation. 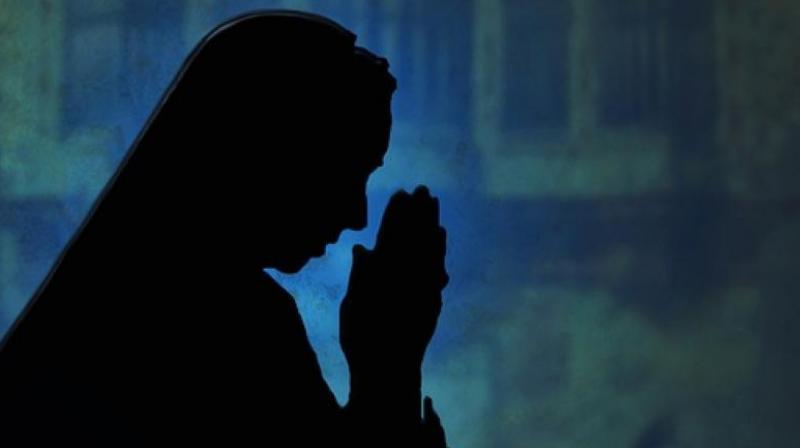 The congregation termed as 'grave violations' a Nun buying a car, taking loan for it and publishing a book spending money without permission and knowledge of her superiors. (Representational Image | Pixabay)

Kochi: A nun, who published poems, bought a car and took part in a protest against former bishop of Jalandhar diocese in connection with a rape case, has been issued notice by her congregation based in Aluva near Kochi, for leading a life "against principles of religious life".

In its notice, Franciscan Clarist Congregation accused Sister Lucy Kalapura belonging to its St Mary's province, Mananthavady, of leading a life, which was against the "principles of religious life" and the rule of congregation.

The nun was asked to offer explanation to Superior General sister Ann Joseph at Generalate of the Congregation at 11 am Wednesday.

Asked whether Sister Lucy could reach the congregation at 11 am, a Nun who attended the phone of the congregation office said she would have faced problems to commute from Wayanad as the vehicles were off the road on account of the nation-wide strike called by trade unions.

The congregation termed as "grave violations" a Nun taking licence, buying a car, taking a loan for it and publishing a book spending money without permission and knowledge of her superiors.

The provincial superior had denied permission to Sister Lucy to publish her collection of poems.

She, however, published her book "Snehamazhayil" without seeking permission from her superiors.

The congregation also called as "grave scandal" the Nun participating in discussions in TV news channels and writing articles for non-Christian newspapers "making false accusations against Catholic leadership and belittling it."

The sister had invited the wrath of the Church leadership by participating in a street protest in Kochi by five nuns belonging to the Catholic religious order Missionaries of Jesus demanding the arrest of Bishop Franco Mulakkal, who was accused of raping a nun.

The nun could not be reached for her comments.