As soon as news of his resignation spread on social media, NC leader Omar Abdullah welcomed Faesal to the political fold. 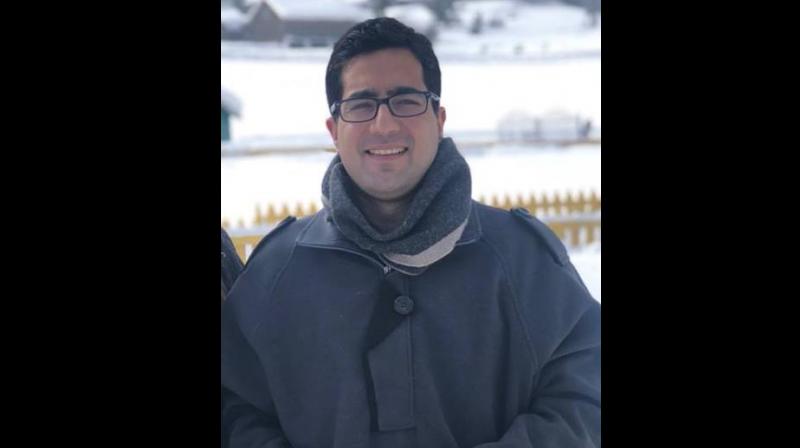 Srinagar: Shah Faesal, the IAS topper from Kashmir who inspired many young Kashmiris to join the civil services, announced his resignation from the services to "protest against the unabated killings in Kashmir”. Faesal will now join electoral politics.

In a Facebook post, 35-year-old Faesal also attributed his resignation to “lack of any sincere reach-out” from the Centre, marginalization of Indian Muslims at the hands of Hindutva forces and “growing culture of intolerance and hate” in the name of “hypernationalism”.

Faesal, a 2010-batch IAS officer, was the first Kashmiri to top the civil services examination. He was allotted the Jammu Kashmir cadre and served in various capacities, including Director Education and Deputy Commissioner.

He said that he would be addressing media Friday to announce his future plans.

As soon as the news of his resignation spread on social media, National Conference leader Omar Abdullah welcomed Faesal to the political fold. "The bureaucracy's loss is politics' gain. Welcome to the fold @shahfaesal," Omar tweeted.

Reacting to social media posts which claimed that Faesal will join the NC in the coming days, Omar said he only welcomed the IAS officer to politics.

"Actually I welcomed him to the fold of politicians. His future political plans are his to announce," the former chief minister said.

Faesal's resignation has come six months after the Jammu and Kashmir government initiated disciplinary action against him for a tweet on frequent rapes which was seen by the Centre's Department of Personnel and Training as his failure to maintain absolute honesty and integrity in discharge of duties.

The outspoken officer had courted another controversy when he compared Article 35-A of the Constitution to a marriage deed between India and Jammu and Kashmir, saying if the constitutional provision granting special status to the state was scrapped, the marriage will be annulled.

"I would compare Article 35A to a marriage-deed/nikahnama. You repeal it and the relationship is over. Nothing will remain to be discussed afterwards," he had tweeted.

He had said the accession of Jammu and Kashmir to India took place before the Constitution had come into force.

The IAS officer, however, said continuing the special constitutional provisions with respect to the state did not pose any threat to the sovereignty and integrity of the country.

"Let's not confuse the issue. Sovereignty and integrity of India can't be challenged. Not at all. But the Constitution has kept some special provisions for J&K state. It's a unique arrangement. It isn't a threat to India's integrity at all," he had said.

According to the rules, the resignation of Faesal will be forwarded by the state chief secretary along with vigilance status of the officer. The resignation will be considered by the Department of Personnel and Training.