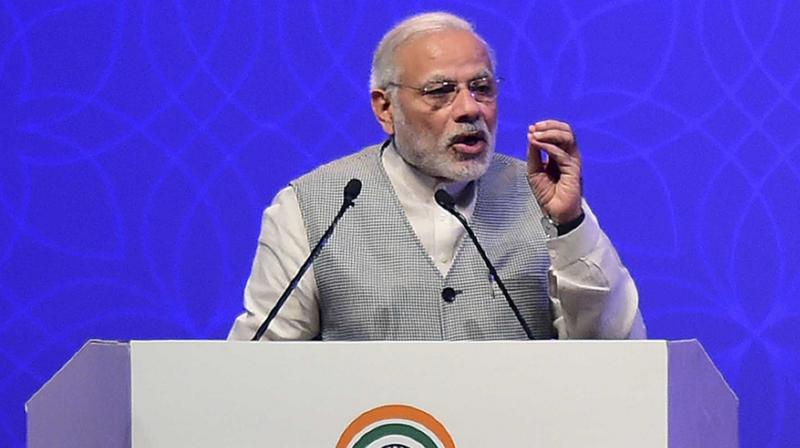 Bengaluru: Prime Minister Narendra Modi, continuing his tirade against political parties protesting against demonetisation, took a swipe on Sunday at the “political worshippers” (rajnaitik poojari) of black money for dubbing his government’s move as “anti-people”. “It is unfortunate that there some political entities that worship black money. They are carrying out a misinformation campaign that the efforts of our government against black money are anti-people,” Mr Modi said on the second day of Pravasi Bharatiya Divas 2017, touted as the largest-ever gathering of the Indian diaspora. “...You might have noticed and heard we have taken up a big fight against black money. Black money and corruption are making our polity, society and administration hollow gradually,” he said.

Praising the role played by overseas Indians in the nation’s development, the Prime Minister said they have made an “invaluable contribution” to the economy by investing about $69 billion and urged them to convert their Person of Indian Origin (PIO) cards to Overseas Citizen of India (OCI) cards. “Our government is closely working with the governments of Mauritius, Fiji, Guyana, Suriname and other Caribbean countries to put in place new procedures so that Indian communities abroad will be eligible to get OCI cards. The deadline for converting the cards has been extended from December 31, 2016 to June 30, 2017, without penalty,” he said. 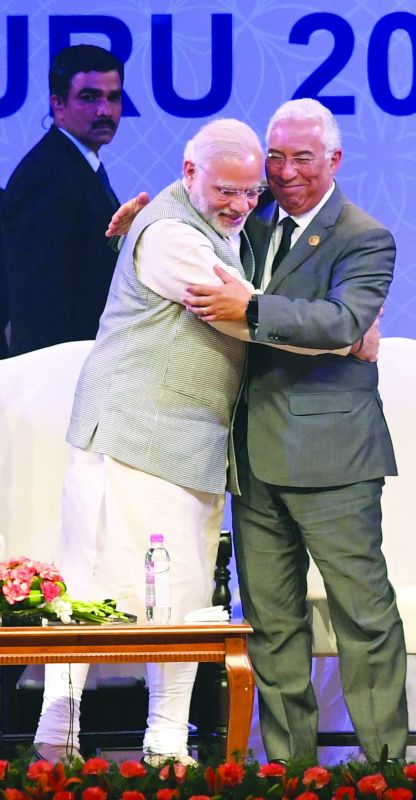 Referring to the earlier “brain drain” trend, the PM said: “During a discussion on the brain drain before I became chief minister of Gujarat, I used to wonder if all the good brains in the country emigrate, then is the country left with only fools? But today I can say with confidence that because of the steps taken by our government, we are changing brain drain into brain gain.”

India was fast moving on the path of development, he said, and added: “One definition of FDI is Foreign Direct Investment, while the other is ‘First Develop India’.” He said that non-resident Indians (NRIs) and Persons of Indian Origin (PIOs) have made outstanding contributions to their respective fields.

“Wherever the Indian diaspora has gone, they have represented the best of Indian culture, values and ethos. They are loved for their hard work, discipline and peace-loving nature worldwide. Even though the objectives and paths of the Indian diaspora may vary, they’re all united by the feeling of ‘Bharatiyata’ or ‘Indianness’,” he said.

He also offered the Pravasi Kaushal Vikas Yojana, and said: “It is aimed at Indians who want to seek overseas employment. They will be given soft skills training and made aware of the social mores and mannerisms of the countries they are emigrating to, so they can go abroad with confidence. The grievances of migrant workers are addressed through 24x7 helplines, Indian embassies, open house meeting with Indian embassies and also the social media platforms,” he added. Mr Modi was given a roaring welcome as the delegates stood up and chanted “Modi, Modi” as soon as he entered the venue on the second day.