Jaitley lashes out at Aiyar, saying his remark displays the mindset that 'only one elite family' can rule this country. 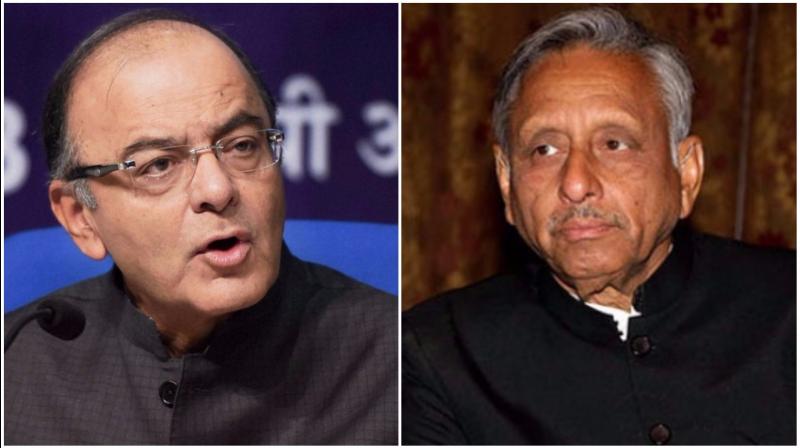 Jaitley lashed out at Aiyar, saying his remark displays the mindset that "only one elite family" can rule this country.

Aiyar earlier on Thursday called Modi a "neech aadmi" (vile man) who does "dirty politics" after the prime minister targeted the Congress saying that parties seeking votes in B R Ambedkar's name tried to erase his contribution to nation building the party.

Reacting to Aiyar's remark, Jaitley said the Congress party has challenged the weaker and backward sections of India by calling the prime minister 'neech'.

"The strength of India's democracy will be displayed when a person of humble background politically defeats the dynasty and its representatives," the finance minister said in a tweet.

In another tweet, Jaitley said, "Mani Shankar Aiyer's 'Neech' remark against the prime minister displays a mindset that only one elite family can be a ruler and the rest are only the 'Neech'."

"What is the need for doing dirty politics on such an occasion?" he asked after the prime minister attacked the Congress while inaugurating the Ambedkar International Centre that was conceived 23 years ago.

The Congress Thursday night suspended Aiyar from the primary membership of the party and issued him a show-cause notice for his remark.