Manohar Parrikar hints at miscalculation of balance during frigate refit. 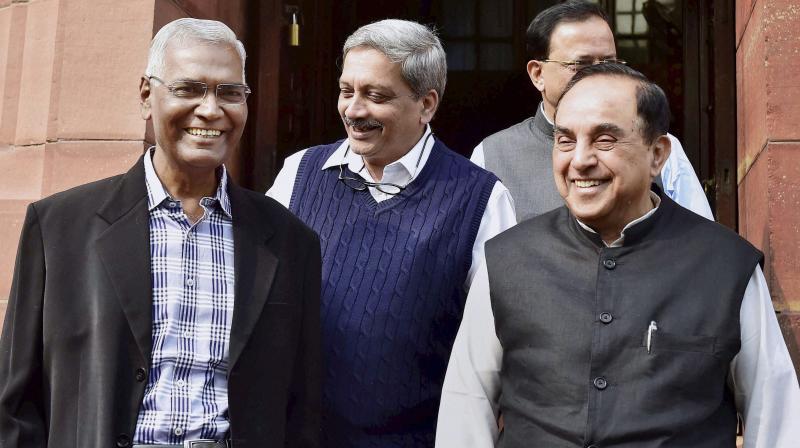 New Delhi: Indicating that human error may have been behind the crashing of the INS Betwa on its portside on Monday, defence minister Manohar Parrikar said an ongoing Board of Inquiry will probe why the mishap occurred.

Explaining that when a ship undergoes medium refit, a lot of heavy items including machines and fixtures like propeller, engine, etc are taken off due to which the balance and centre of gravity gets disturbed, the minister said: “You are supposed to maintain it. Something must have gone wrong in that”.

Mr Parrikar was speaking at an event organised by a private news network. The INS Betwa accident claimed two lives and injured about 15 people.

A guided missile frigate, the INS Betwa had been undergoing medium refit and had been docked in the Mumbai naval dockyard for underwater repairs on October 28.

Naval sources had told this newspaper that the accident is probably the only one of its kind globally to have hit a naval force.

The Brahmaputra-class ship, commissioned into the Navy in July 2004 cost about Rs 600 crore. At current prices, the ship would be worth Rs 1,280 after factoring in an average annual inflation rate of 6 per cent.

Salver teams have landed in Mumbai from within the country as well as abroad as the salvage operation involves a number of complex operations which may extend to months before the ship is made to stand upright.

Besides human error, the other theory gaining currency is that some of the dock blocks — made of hard steel (80%) and soft wood (20%) and made as per the shape of a specific ship — gave way.