India   All India  08 Nov 2019  YSRCP hits back at Naidu for questioning expenditure on CM's home, calls him 'nero of AP'
India, All India

YSRCP hits back at Naidu for questioning expenditure on CM's home, calls him 'nero of AP' 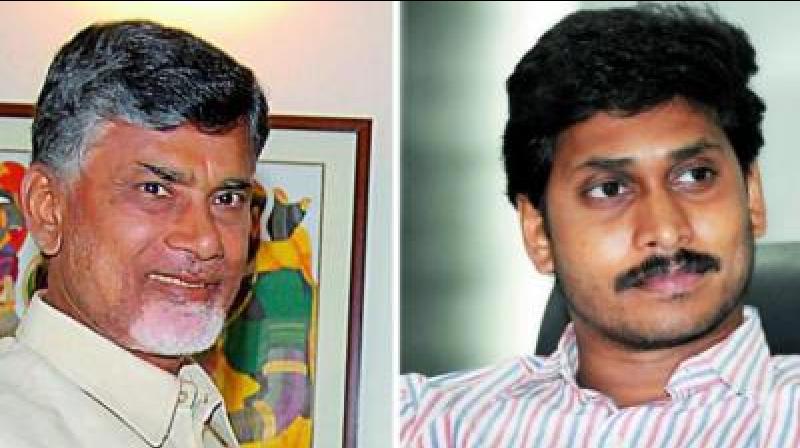 Like no other Chief Minister in the country, Chandrababu maintained three offices and three camp offices (residences) in Hyderabad, Vijayawada and Amaravati. (Photo: File)

Amaravati: The ruling YSR Congress in Andhra Pradesh on Thursday hit out at Telugu Desam Party president N Chandrababu Naidu for questioning the money spent for carrying out works at Chief Minister YS Jagan Mohan Reddy's residence and terming him as "Nero of AP."

Attacking the TDP chief, State Information and Public Relations Minister Perni Venkataramaiah alleged that over Rs 99 crore was spent from the government coffers for Naidu's needs when he was Chief Minister during 2014-19.

He had slammed Jagan over his "five months' misrule" and said that the "Nero of Andhra Pradesh" was busy playing video-games at his palatial home.

If Rs 73 lakh expenditure, for windows fixed for security purposes is super expensive, what should the Rs 5 lakh spending on shifting a UPS from one floor to the other inside his (Naidu's) house called? Is it not criminal waste of peoples’ money," Venkataramaiah questioned.

Another Rs 3 lakh was spent on improving lawn lighting and environmental lighting in the then Chief Ministers leased residence, he alleged.

Chandrababus family stayed in a plush multi-star hotel for several months when their house in Hyderabad was being rebuilt. Crores of rupees of government money was spent on their stay in the hotel, the minister recalled.

Like no other Chief Minister in the country, Chandrababu maintained three offices and three camp offices (residences) in Hyderabad, Vijayawada and Amaravati.

Crores of rupees from government coffers were spent on readying and maintaining them for five years. Is he really entitled to such opulent indulgences, Nani asked.

In his tweet, Chandrababu Naidu alleged that huge amount of money was spent by the government for works at Jagan's residence when the State was facing a financial crisis. “When Rome burned, Nero fiddled. When AP is burning under financial strain due to 5 months misrule & construction workers are ending lives, the Nero of AP @ysjagan is busy playing video-games at his palatial home on which a staggering Rs 15.65 Cr (sic) was spent by the Govt. Shocking!,” the tweet read.

The Leader of Opposition posted a snapshot of alleged government orders issued for the expenditure.

Certain expenditure is surely involved at Jagan Mohan Reddy's residence because of security requirements befitting the Chief Minister. You cant find fault with it, the Information Minister maintained.

On Wednesday, the TDP chief alleged that the state government has allotted "a whopping Rs 73 lakh to fix windows for his (Jagan's) house."

"Now that's one super-expensive view at the expense of State exchequer! This comes at a time when Andhra Pradesh is grappling with the fiscal mess caused by mismanagement in the last 5 months. Truly cringe-worthy!", he tweeted.