Even after getting required numbers, there has been delay in cobbling up coalition as Sena has insisted a '50-50' power-sharing agreement. 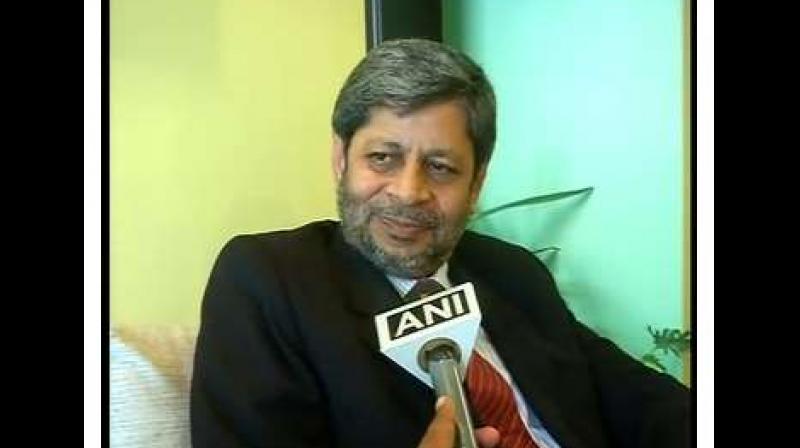 'At present, we don't find any possibility of President's rule in the state. There is process and the Governor will go through it. Being the single largest party, BJP has to stake claim to form the government,' Aney said. (Photo: File | ANI)

Mumbai: Constitutional expert and former Maharashtra Attorney General Srihari Aney has ruled out the 'possibility of President rule' in the state amid uncertainty over the government formation owing to the differences between alliance partners BJP and Shiv Sena which emerged victorious in the recently concluded Assembly polls.

"At present, we don't find any possibility of President's rule in the state. There is process and the Governor will go through it. Being the single largest party, BJP has to stake claim to form the government," Aney said.

"And if they fail to prove the majority during the stipulated time in the Assembly then the second-largest party can stake the claim which is Shiv Sena and then the process continues," he added.

Aney said that the President's rule will be imposed after the Governor goes through all the possibilities and process and if all the party fails to prove majority.

He said that the voters have given the mandate to BJP-Shiv Sena alliance.

"It is not a majority but both have the numbers. It is very sad that people of the state have voted to get their work done but now the fight has become who will rule," Aney added.

The BJP and Shiv Sena, who are partners in the ruling alliance in Maharashtra, had fought the assembly polls together. While the BJP emerged as the single largest party in the recently held elections, it is yet to stake a claim for government formation.

Even after getting the required numbers to form the government, there has been a delay in cobbling up a coalition as Shiv Sena has insisted that the two parties had a '50-50' power-sharing agreement before the elections.

On the other hand, Maharashtra Chief Minister Devendra Fadnavis has said that Shiv Sena was not promised the chief ministerial post for two-and-a-half years when the alliance was sealed before the 2019 Lok Sabha polls.