The assertion by Gadkari indicates the BJP is not budging firm its stand of not sharing the chief minister's post with ally Shiv Sena. 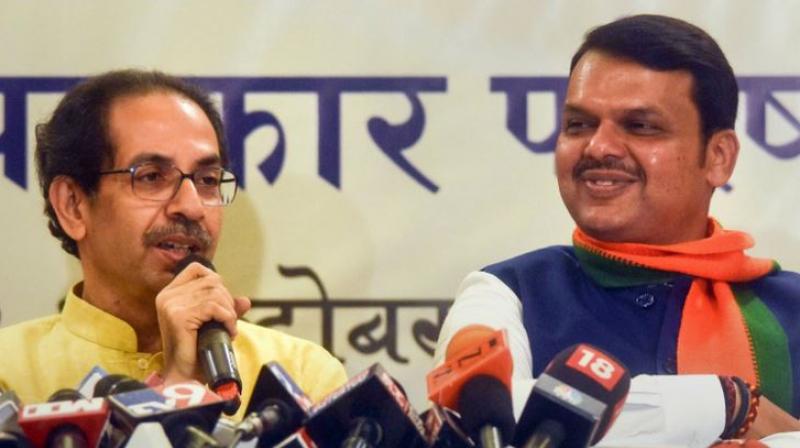 The former BJP president, who arrived here on Friday, had first indicated he would not intervene to break the deadlock between his party and the Shiv Sena over sharing power in Maharashtra. (Photo: File)

Mumbai: Union minister and BJP leader Nitin Gadkari on Friday said there was no deal between his party and the Shiv Sena over equal distribution of portfolios, including sharing the post of chief minister. The assertion by Gadkari indicates the BJP is not budging firm its stand of not sharing the chief minister's post with ally Shiv Sena.

The former BJP president, who arrived here on Friday, had first indicated he would not intervene to break the deadlock between his party and the Shiv Sena over sharing power in Maharashtra.

However, speaking to reporters, he said, "As per my information, there was no deal between the BJP and the Shiv Sena over equal sharing of portfolios in Maharashtra. Even the late Balasaheb Thackeray had once stressed on the arrangement between Shiv Sena-BJP that the party having more number of elected legislators will have a claim on the post of chief minister."

A video of Chief Minister Devendra Fadnavis purportedly saying all posts would be shared equally is being used by the Shiv Sena to justify its demand for the post of chief minister for two and a half years.

However, Fadnavis, during media interactions last month, claimed no such deal was sealed between the BJP and Shiv Sena ahead of the October 21 Assembly polls. Fadnavis's statement had irked the Uddhav Thackeray-led party.

A similar statement by Gadkari now is likely to further widen the rift between the Shiv Sena and the BJP who are engaged in a tug-of-war over government formation. Gadkari's visit triggered speculation in political circles that he may step in to break the fortnight-long BJP- Sena logjam over sharing the chief minister's post, which is delaying government formation in the state.

When contacted by reporters, Gadkari said, "I am not meeting any politician today. I may intervene in the matter if required. I am here to attend a public function today evening."

It is unclear whether the Union minister would attend a core committee meeting of Maharashtra BJP leaders scheduled on Friday at the official residence of Chief Minister Devendra Fadnavis.

Gadkari on Thursday had stressed that the BJP should get the post of chief minister because it has won more seats than the Shiv Sena. The BJP, which emerged as the single largest party in the October 21 Assembly polls winning 105 seats, and its ally Shiv Sena, with 56 seats, have not staked claim to form government together or separately till now.

The two parties are bickering over power-sharing formula since October 24, when the poll results were out. The NCP and the Congress won 54 and 44 seats, respectively, in the election to the 288-member Assembly where the majority mark is 145.