The incident happened at at the passing out parade of IRS officers on Friday where Sitharaman was the chief guest. 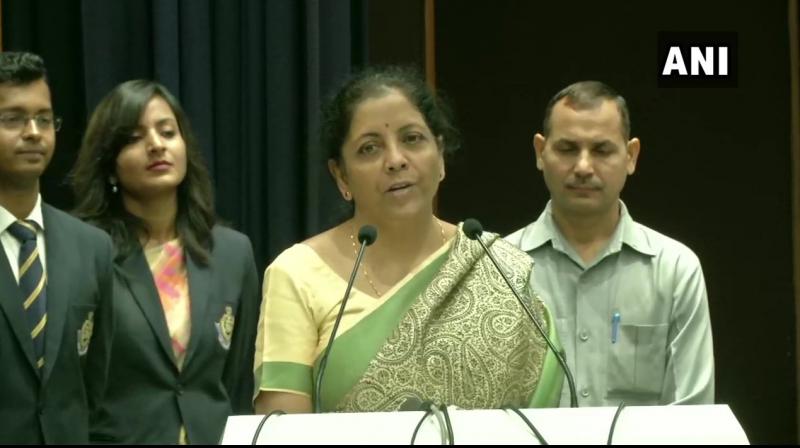 New Delhi: Some may not like wailing kids, but it didn't seem to bother Finance Minister Nirmala Sitharaman, who was the chief guest at the passing out parade of Internal Revenue Service (IRS) officers on Friday.

The event was attended by the officers passing out as the 69th batch of IRS (Customs and Central Excise), along with their family members.

The proceedings began and a few children in the audience were heard crying, while some talked on, even as the parents tried hard to calm them.

Attempts by organisers also seemed to fail as the children continued with their act, and for some time it did seem like matters may be going out of hand.

However, as Sitharaman took stage, she sought to reassure the anxious parents saying that bringing children to such events was the "right thing to do".

"In whatever faint way, it will be in their minds and serve as a motivation for the generation next... So I don't want anyone to feel guilty if their children are making noise. I only wait for the day when those children join the next set of pass outs," she said as the audience broke into an applause.

"A special mention of the families that have come with children, its just the right thing to do. It's an occasion for families for the young minds and for every member to feel very proud that after a very rigorous course, the member of the family is passing out to serve the nation," she said.

She added that this was a motivation that no child - however young he or she may be - should be kept away from.

Unperturbed by the distraction, Sitharaman delivered her full speech.