According to reports, the terrorists were part of BAT team. 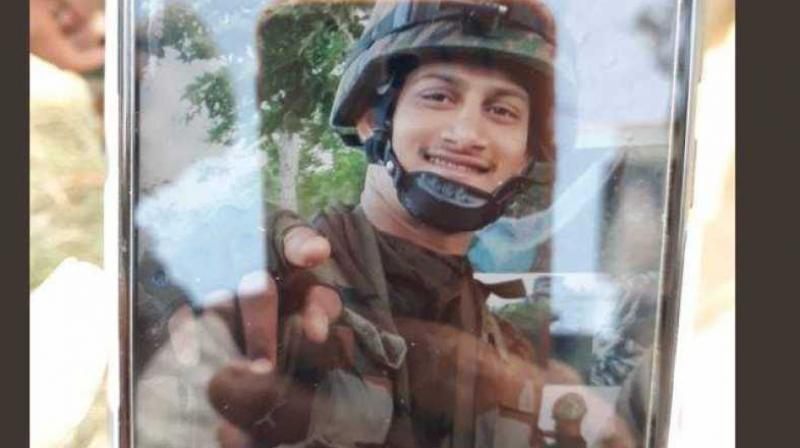 Jammu: A soldier was killed in a gunbattle with terrorists who, aided by the cover fire by the Pakistan Army, tried to cross the Line of Control in Jammu and Kashmir's Poonch district on Friday, a defence spokesman said.

"The Pakistan Army violated ceasefire and abetted terrorists who were involved in the suspicious movement in Krishna Ghati Sector in Poonch district around 2.30 am," the defence spokesman said.

In the ensuing exchange of fire, Sepoy Rahul Bhairu Sulagekar sustained gunshot wounds and was evacuated to the nearest medical aid centre, where he succumbed to injuries.

Sulagekar, 21, belonged to Uchagaon village in Belgavi district of Karnataka. He is survived by his mother.

"He was a brave, highly motivated and sincere soldier.

The nation will always remain indebted to him for the supreme sacrifice and devotion to duty," the spokesman said.

According to reports, the terrorists were part of BAT team, who had infiltrated into this side of LoC to attack an Army listening post.