The body of Kumar (69), a 1973-batch IPS officer, was found hanging at his residence in Brockhurst, near Chhota Shimla, in the evening 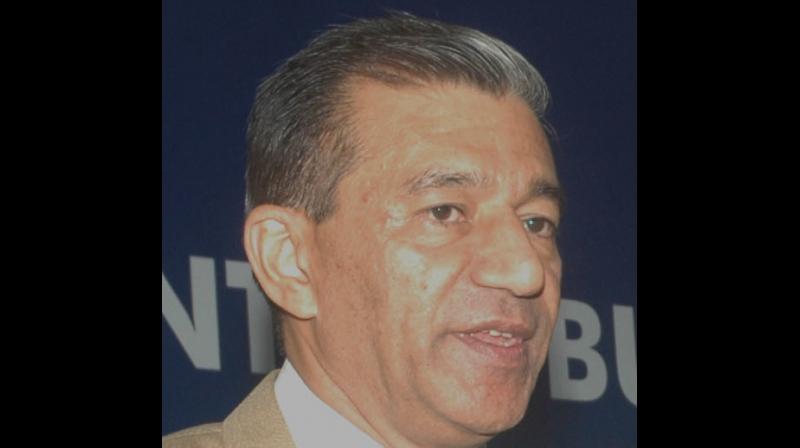 New Delhi/Shimla: Former CBI director Ashwani Kumar, who led the Aarushi murder investigation, was found hanging at his residence in Shimla on Wednesday, and officials suspect he committed suicide.

The body of Kumar (69), a 1973-batch IPS officer, was found hanging at his residence in Brockhurst, near Chhota Shimla, in the evening, they added.

A forensic team has also reached the spot.

"We recovered a suicide note, in which he had written he is embarking on a new journey. His family members were present when he went inside the room, locked it and committed suicide by hanging himself with a nylon rope. The family does not suspect any foul play. We have seized the items in the room. The post-mortem will be conducted on Thursday morning," the DGP told PTI.

A preliminary probe indicates that a sudden change in Kumar's active life over the last six months because of confinement at home could be a probable reason behind the drastic move, but the police are looking into all probabilities, the officials said.

One of his neighbours told PTI that Kumar had gone for his evening walk as usual. After returning home, he went to the attic. The body was first found by a family member, who went to the attic to call Kumar for dinner, the neighbour said.

Kumar is survived by his wife and son.

He is remembered by his former colleagues and even the present officers as a soft-spoken gentleman who always wore a graceful smile.

A resident of Nahan in Himachal Pradesh, Kumar became the director of the Central Bureau of Investigation (CBI) in 2008, succeeding Vijay Shanker in the midst of the agency's probe into the Aarushi Talwar murder case, which was hogging media headlines.

He had also served in the Special Protection Group elite force, which primarily guards the prime minister, and was appointed as the governor of Nagaland in 2013 by the UPA government, the officials said.

A former DGP of Himachal Pradesh, Kumar was presently the vice chancellor of a private university in Shimla, they added.