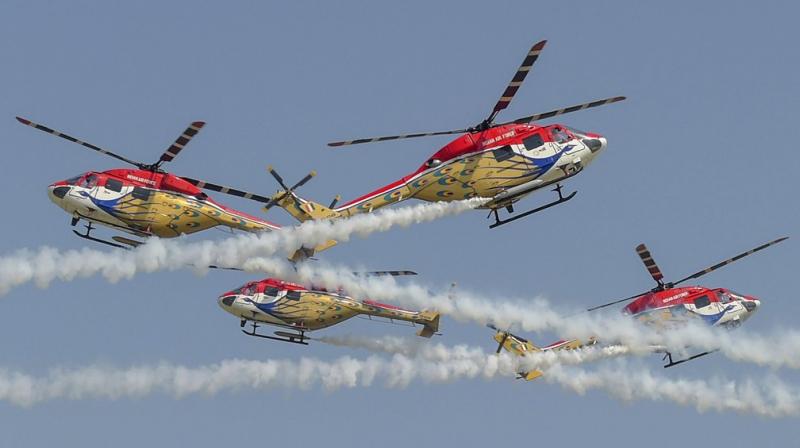 A grand parade-cum-investiture ceremony was held at the Air Force Station at Hindon in Uttar Pradesh’s Ghaziabad. (Photo: PTI)

New Delhi: The Indian Air Force (IAF) is celebrating its 86th anniversary today, highlighting the "untiring efforts and supreme sacrifices" made by its personnel, the Defence Ministry said.

A grand parade-cum-investiture ceremony was held at the Air Force Station at Hindon in Uttar Pradesh’s Ghaziabad). Air Chief Marshal BS Dhanoa, Chief of the Air Staff, reviewed the parade.

BJP national chief Amit Shah, too, extended his greetings. "Their bravery and commitment to serve the motherland is unparalleled. It is because of their dedication and courage that we are among the top air force in the world," Amit Shah tweeted.