India   All India  08 Oct 2017  CPI(M) should be ashamed: Amit Shah on 'political killings' of BJP workers
India, All India

CPI(M) should be ashamed: Amit Shah on 'political killings' of BJP workers

Over 120 BJP-RSS workers have been killed since the communists came to power, Amit Shah said. 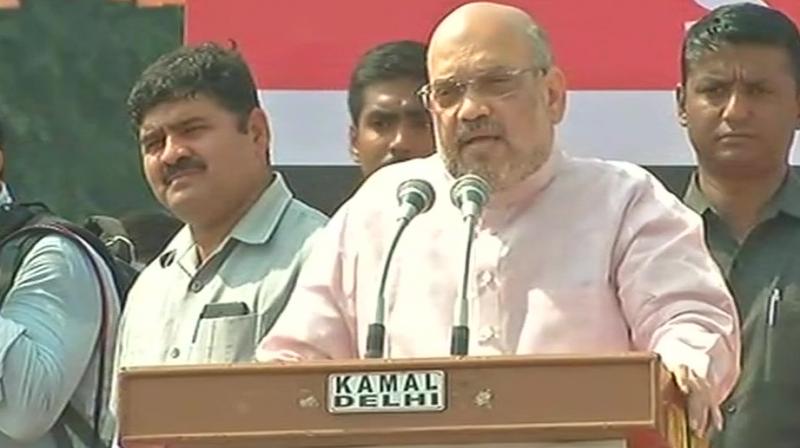 After leaving his party's march against the CPI(M) in Kerala midway, Shah lead a rally to the left party's office in the national capital. (Photo: ANI | Twitter)

New Delhi: Bharatiya Janata Party (BJP) chief Amit Shah, on Sunday slammed the CPI (M) and said that they should be ashamed of themselves since most "political killings" in Kerala took place in Chief Minister Pinarayi Vijayan's area.

"Over 120 BJP-RSS workers have been killed since the communists came to power," he said.

After leaving his party's march against the CPI(M) in Kerala midway, Shah lead a rally to the left party's office in the national capital to protest against the alleged killings of right-wing activists in the southern state.

Targeting the Kerala state government, he said, "Life can be taken with a bullet, but bodies of our workers were chopped to pieces to instill fear. Even then we are not scared of sacrifice.

Earlier this week, Shah had kicked off the Jan Raksha Yatra (people's protection march) from Payyannur in Kerala.

According to the party, he skipped the march in Pinarayi -- the home town of Chief Minister Pinarayi Vijayan -- as he had to attend a meeting with Prime Minister Narendra Modi.

Shah, on Sunday, started the march from Connaught Place after paying homage to BJP and RSS workers "killed" in Kerala.

He was accompanied by BJP's Delhi unit president Manoj Tiwari and other senior party leaders, the party said in a statement.

The party will take out the Jan Raksha Yatra every day from every state capital till October 16.

Shah is also scheduled to lead the march on the concluding day later this month in Thiruvananthapuram.

Kerala, especially the volatile Kannur district, has been witnessing a series of political killings and counter-killings of CPI(M) and RSS-BJP activists.