Sharma created a major embarrassment for the 16-month-old BJP govt by accusing the ministers of taking 10 per cent commission on contracts. 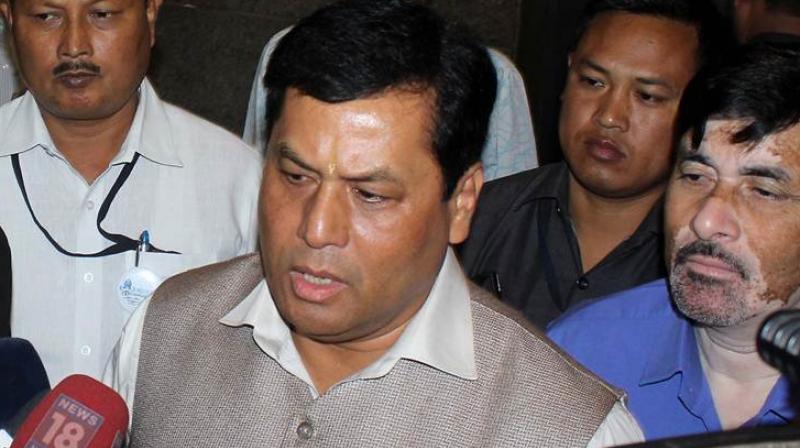 Guwahati: Bogged down by charges of corruption against the ministers by its own party leader, Assam BJP on Sunday issued warning to its MP R P Sharma asking him to refrain from making any charges which are against the interest of the party.

Sharma created a major embarrassment for the 16-month-old BJP government by accusing the ministers of the state of taking 10 per cent commission on awarding contracts for various government projects.

The allegations, particularly against minister for irrigation and handloom Ranjit Dutta, whom Sharma accused of taking 10 per cent commission for every contract, had rattled the BJP, which had swept to power on the promise of rooting out corruption.

The embarrassed Assam BJP convened an emergency meeting of state executives, which was attended by Assam chief minister Sarbananda Sonowal on Saturday night to discuss the issue.

Earlier Sonowal and BJP president Ranjeet Kumar Dass had also asked his party MP Sharma to provide documentary evidence on allegation he made on camera. However, Sharma’s remark, which went viral, invited angry reactions from many ministers rubbishing the charges.

After the meeting of the executive committee of the party, the BJP spokesperson in a statement to media said, “Mr Sharma was asked to provide evidence on his allegations by 5 pm Saturday. He could not provide any evidence. So the meeting decided to issue him a warning not to make any such statements in future. Moreover, It is  also decided to report the matter to BJP national president Amit Shah.”

Assam BJP president said, “Mr Sharma, who had made the comments while talking informally to a TV channel, failed to provide any proof of the allegations. Therefore, we dismiss the charge.”

He said, “The chief minister had assured of action if Mr Sharma had given a written complaint with proof to substantiate the allegations against ministers. But he failed to do so.”