Hussain cited numerous instances and statements to support his claim of alien interference in the world 's nuclear affairs. 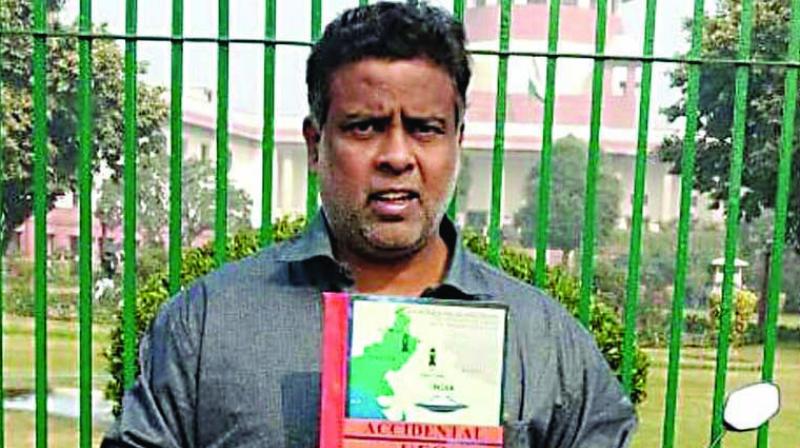 Bengaluru/Chennai: While the reasons for the failure of India's Chandrayaan- 2 programme are still being studied, some bizarre theories on what could have led to it are already making the rounds - extra terrestrials interfering with the moon landing!

Mr Sabir Hussain, a Chennai based independent researcher on UFO sightings and director of the Indian Society for UFO Studies (INSUFOS)  believes the loss of communication that Isro scientists suffered with the Vikram lander just before it was to land on the moon's surface was no accident but a warning  from extra terrestrials.

" You will not be allowed to land on the moon unless 'they' decide to allow you. The Unidentified Flying Objects (UFO)  researchers around the world believe that the extra terrestrials have sent a message to the Indian government to 'get rid of your nukes before you explore other worlds'," he  said.

"As a researcher studying the UFO-Nuclear Weapons, the failure of Chandrayaan 2 is not at all surprising to me," Mr Hussain added in a chat with the Deccan Chronicle.

"Recently some Indian ministers have been making very irresponsible and dangerous statements on the use of nuclear weapons. If we had taken the warnings on UFO activity seriously, this situation could have been averted. Why do you think the Americans refused to go to the Moon after 1973?" he asked.

"Both India and Pakistan have been openly threatening each other with nuclear attacks. But what the leadership of both these nations do not realise is that they can use their nuclear weapons only if the UFOs decide to allow them. In my opinion, this Vikram episode is just a warning to the Indian leadership from UFOs, that if you can't take care of your own world then don't come to ours. More messages are likely to follow. US Air Force Missile Launch Officer, Robert Salas, who witnessed an UFO switching off 10 nuclear missiles under his command in 1967, also concurs with this," he claimed. Mr Hussain cited numerous instances and statements to support his claim of alien interference in the world 's nuclear affairs.

"Astronaut Dr. Edgar Mitchell, the sixth man to walk on the moon, has openly stated that aliens have already visited earth. US astronaut, Gordon Cooper in his 1978 letter to the UN has acknowledged it. Mercury Seven astronaut, Donald Slayton, has described seeing a three feet wide UFO from his P-51 fighter jet at an altitude of 10,000 feet in 1951," he said.

Soviet cosmonaut and Soyuz-5 spacecraft pilot, Yevegni Khrunov, cosmonaut, Vladimir Kovalyonok and cosmonaut, major general Pavel Popovich too have acknowledged UFO sightings,  one of them being on May 5, 1981 from the Salyut-6 space station, according to him.

In conclusion , the UFO enthusiast said, "UFOs are very concerned about humans playing with nuclear weapons. In 2014-15, they were toying with American nuclear aircraft carriers, Theodore Roosevelt and Nimitz as recounted by some American Naval officers to the New York Times in May 2019."