The BJP feels that promoting dynastic politics would send a wrond message to its cadre ahead of the crucial Assembly polls. 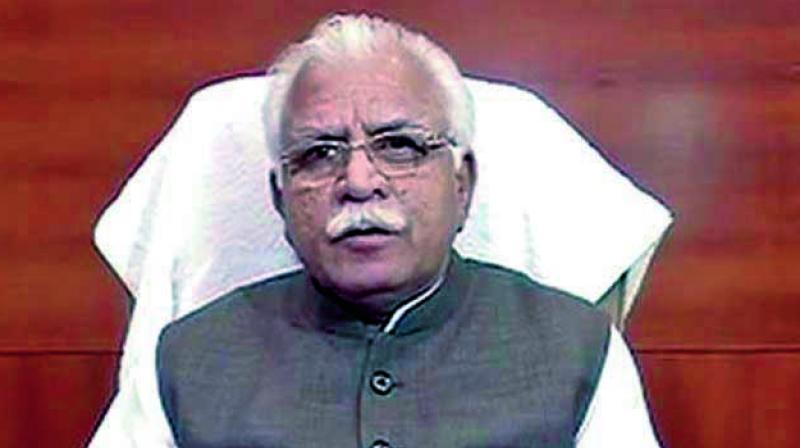 Tohana (Haryana): Securing a ticket for relatives won’t be easy for even the tallest BJP leaders in Haryana as chief minister Manohar Lal Khattar has sent out a clear message of no dynasty politics in the state. Ahead of finalisation of candidates for the forthcoming Assembly polls in Haryana, Mr Khattar has stated that dynastic politics doesn’t have a place in the BJP and only committed and dedicated candidates to the party’s ideology and cause will be fielded in the polls.

Speaking to this newspaper, Mr Khattar said, “Our party stands against dynastic politics and don’t promote it. Only candidates who have a belief in party’s policies ideology will get a priority. We won’t just take winnability as a factor to decide candidates. Not just winnability, faith in party and commitment to take forward our party programs. We have to take a look at these things.” The comments assume significance as several sitting MPs are reportedly batting for their kin to be  fielded in the state polls.

Sources stated that at least seven of the 10 sitting MPs from the party have demanded a nomination for their close relatives for the forthcoming Aseembly polls. This deapite the fact that Prime Minister and Haryana chief minister have both repeatedly targeted other parties in the states including the Congress, the INLD and JJP for supporting dynastic politics.

The BJP feels that promoting dynastic politics would send a wrond message to its cadre ahead of the crucial Assembly polls. “The party doesn’t want to disrespect workers who put in a lot of effort and commitment for its cause by offering tickets to kin of leaders who may be perceived as outsiders,” sources added.

After winning an unprecedented 10 seats in Haryana in the recently concluded Lok Sabha polls,  the state unit has now been tasked with securing a two third majority in the 90 member legislature.  The BJP is also hoping that it would gain in the forthcoming assembly polls and improve upon its 2014 Assembly show in which it had secured 49 seats.

While the party would continue to seek votes in the name of Prime Minister Narendra Modi,  just like the Lok Sabha polls, in Haryana the BJP would would also bank upon the clean image of Mr  Khattar.

The Khattar government is seeking a reelection as Haryana Legislative Assembly polls are likely to be announced soon.