YSRCP leaders have been accusing the previous N Chandrababu Naidu government of corruption in choosing Amaravati as the state capital. 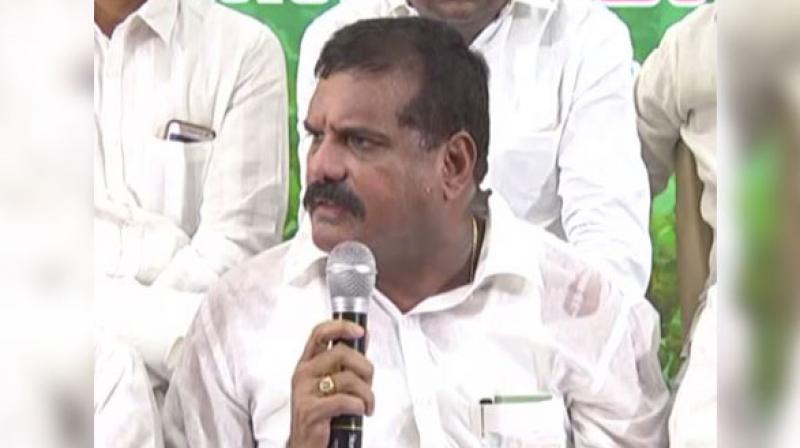 Amaravati: Telangana Municipal Administration and Urban Development Minister Botsa Satyanarayana, on Saturday, alleged that previous government led by N. Chandrababu Naidu did not notify the capital city of Amaravati through a Gazette.

"The Chandrababu Naidu government did not notify the capital city through a Gazette which is mandatory and this anomaly has left the state capital without any address and authentication," said Botsa Satyanarayana.

"Everything in the previous government has been temporary in nature and the TDP government's slackness on its part in not issuing a gazette on the capital city to make it authentic which shows the non-seriousness of Chandrababu Naidu," he said.

"Our government is committed to welfare, development and social equality. Our leader YS Jagan Mohan Reddy has been taking steps in the right direction," he said.

YSRCP leaders have been accusing the previous state government led by N Chandrababu Naidu of corruption and insider trading in choosing Amaravati as the state capital.