He also warned against any attempt to disturb the peace and communal harmony in the state. 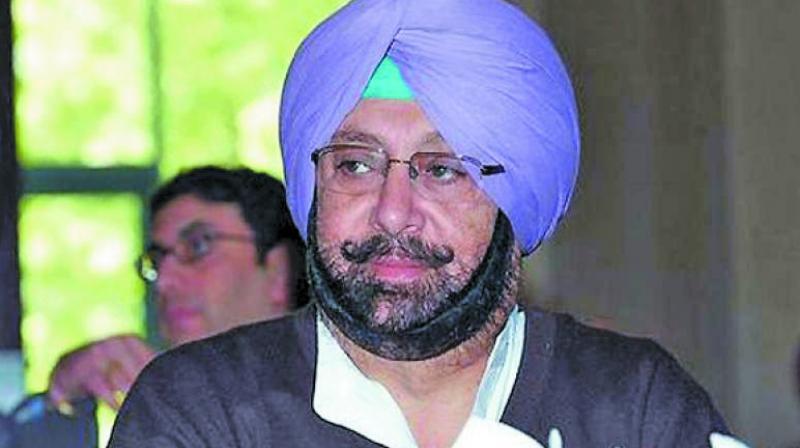 Chandigarh: A day-long bandh by the Valmiki community against the telecast of a controversial TV serial provoked incidents of violence in parts of Punjab on Saturday in which a man was shot at in Jalandhar.

It demands the serial's telecast be banned countrywide and its director and cast arrested under the Indian Penal Code for deliberately intending to outrage religious feelings.

In the evening, Punjab Chief Minister Amarinder Singh ordered an immediate ban on the telecast of the serial. He also warned against any attempt to disturb the peace and communal harmony in the state.

Acting on the Chief Minister's orders, deputy commissioners started issuing the notification banning the serial's telecast by cable operators in their respective districts, according to an official release.

Through the day, commercial establishments remained closed in Jalandhar, Amritsar, Hoshiarpur, Kapurthala, Phagwara and Ferozepur. At some of these places, shops were forced shut, officials said here. Ludhiana was partially affected by the bandh.

Medicine shops, clinics and ambulance services were, however, allowed to run.

A man was shot at in Jalandhar but was later operated upon. Gurpreet Singh had to be hospitalised after protesters and traders threw bricks on each other, which led to the firing of a gunshot, officials said.

Incidents of violence were also reported from a few places, including a clash in Fazilka, officials said. In Fazilka, goods and articles were thrown out of a grocery shop.

The protesters also blocked the National Highway-1 between Jalandhar and Amritsar, affecting the bus services between Amritsar and Chandigarh.

All markets and some schools remained shut in Amritsar. A number of young men on motorcycles brandished swords, bats and sticks to enforce the bandh. Police vehicles followed them.

Led by Action Committee chairman Kishan Lal Hero and president Dharamvir Sethi, protesters assembled at Valmiki temple on Banga road in Phagwara, marched through the city and converged before the statue of BR Ambedkar in Hargobindnagar area. They were joined by other Dalit and Muslim groups, led by Punjab Haj Committee member Gulam Sarvar Sabba.

The Action Committee warned authorities that they will step up the protest if the TV serial is not banned countrywide and its director and cast were not arrested.

On Friday night, district authorities in Nawanshahr, Ludhiana and Jalandhar ordered cable operators to not telecast the serial.