He had also facilitated Mohammed Abdullah Basith’s movement, who was arrested by the NIA, the officer said. 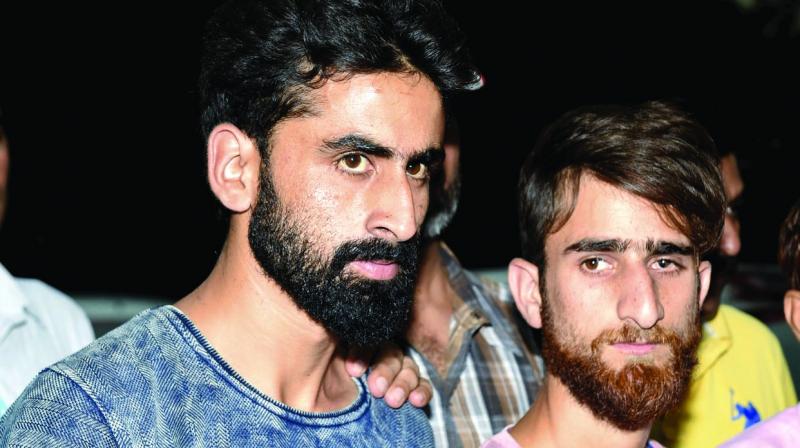 New Delhi: Two suspected terrorists affiliated with the Islamic State in Jammu and Kashmir (ISJK) organisation were arrested near the Red Fort by the sleuths of Delhi police’s Special Cell on the intervening night of Thursday and Friday.

ISJK is a terror outfit influenced by the Islamic State ideology and is now active only in Jammu and Kashmir. The extent of ISIS’s presence in the state was until recently limited to flag hosting, an official said, adding that ISJK is at a nascent stage.

The duo, hailing from Shopian in Kashmir, was identified as Parvez (24) and Jamshid (19). They were arrested from the Jama Masjid bus stop near the Red Fort, said DCP (special cell) P.S. Kushwaha.

They were boarding a bus to return to Jammu and Kashmir when they were nabbed around 10.45 pm on Thursday. Two pistols of 7.65 calibre, ten cartridges, and four mobile phones were seized from them. They had acquired the weapons from Uttar Pradesh (UP) and were going to Kashmir. Parvez’s brother was a terrorist, who was gunned in an encounter in Shopian on January 26 this year. He was initially a member of Hizbul Mujahideen and later joined ISJK. Another of his brothers, Firdaus, was first part of Hizbul Mujahideen before he joined ISJK. Parvez is currently pursuing M.Tech from Gajrola in UP and was inspired by his brother. In April, accused Parvez had delivered a 9 mm pistol to a contact of Omar Ibn Nazir, the current chief of IS in J&K. Parvez brought this pistol from Didauli in UP through his contacts. Jamshid is a final-year diploma student.

He had also facilitated Mohammed Abdullah Basith’s movement, who was arrested by the NIA, the officer said.

This was their second trip to Delhi. They had gone from Amroha in Uttar Pradesh to Kashmir through Delhi in May, the officer added.