The minor girl was gangraped and was set on fire by dousing her with kero-sene on March 23. 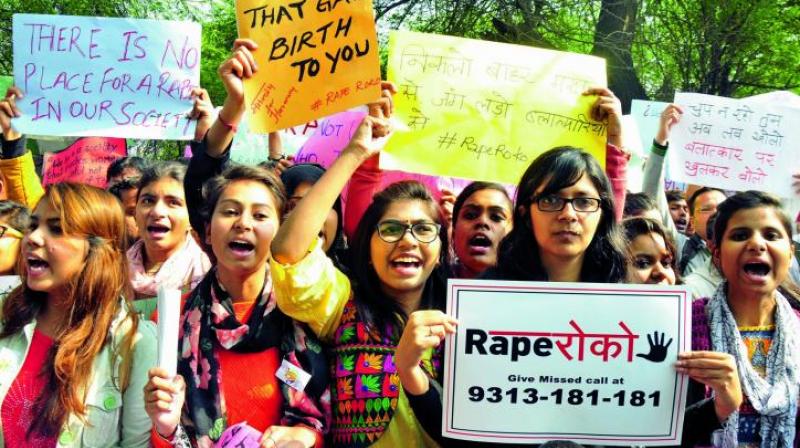 They have now been put in a correctional home for three years,” the police said.

Guwahati: A district and session court of Assam on Friday awarded death penalty to Zakir Hussain, the prime accused in the brutal rape and murder of an 11-year old girl at Batadrava in central Assam’s Nagaon district in March this year.

Completing the trial within record time, district and session judge Rita Kar pronounced the death sentence to 19-year-old Hussain under the Protection of Children from Sexual Offences (Pocso) Act for the murder, and to life imprisonment for raping the minor girl.

The minor girl was gangraped and was set on fire by dousing her with kerosene on March 23 by her 12-year-old classmate, her 11-year-old cousin and 19-year-old neighbour, Zakir Husain.

The police had formed a Special Investigation Team, which worked in coordination with prosecution to complete the trial. “While Husain has been sentenced to death, the two juveniles were tried by the Juvenile Justice Board. They have now been put in a correctional home for three years,” the police said.

The incident had created a huge uproar in Assam with some organisation extending legal support to the victim family to contest the case in the court of law to ensure that culprits are brought to book. After raping her and then setting her body on fire, the youth had fled from the backdoor.

The victim who was set on fire was rushed to Guwahati Medical College Hospital, where she succumbed to injuries later that night.

The police while filing the chargesheet in April, had also named five people, including Husain’s parents, his brother, his brother-in-law and the person who was driving the car in which Husain had fled from the scene of crime to another village.

The court had charged them with criminal conspiracy and destruction of evidence. However, they were acquitted for lack of sufficient evidence.

The victim family whuch was present in the court said that they are happy that justice has been don with her daughter. Informing that mother was not keeping well since the incident took place, father of the victim however said, “We hope that accused get the sentence.” The victim velonged to a poor daily wage worker’s family.