Former PM Manmohan Singh on Friday criticised the Modi-government on demonetisation, GST and jobs in the country. 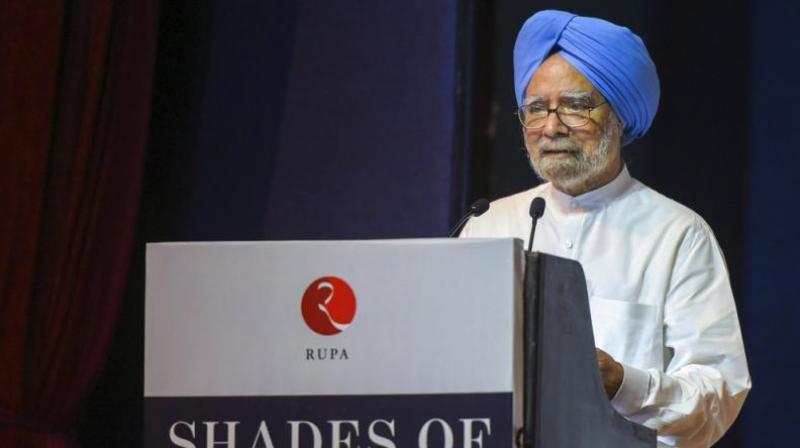 Criticising PM Modi’s demonetisation in November 2016, Manmohan Singh said, “Nothing concrete has been done to bring back the promised billions of dollars allegedly held abroad as black money.”

The Congress leader said that hasty implementation of the GST have badly hurt enterprises, which are yet to derive significant benefit from ease of doing business schemes.

"Programmes like Make in India and Stand Up India are yet to make a meaningful impact on industrial production growth. Small and marginal enterprises are yet to derive significant benefit from the ease of doing business schemes. The hasty implementation of demonetisation and GST has hurt enterprises."

On the data of jobs created under the present government, Manmohan Singh said the numbers put by the Prime Minister were questionable. He said people are not impressed by the figures that are being put out by the Modi government to justify the creation of large number of jobs.

Manmohan Singh also accused the Modi government of "slowly but surely" undermining the values that a democratic polity should fiercely protect and called for a meaningful national debate on it as also the failure of ruling dispensation in fulfilling its promises made.

"Our neighbourhood is far less secured than it was in 2014. Our relations with neighbours have deteriorated in the last four years. The Modi government has failed to address issues relating to a creative use of science and technology for national transformation. Academic freedom is sought to be curbed. The environment in our universities is being vitiated. All this is a powerful indictment on the Modi government's performance and there has to be a meaningful national," he said.

"Women, Dalits and minorities are increasingly living in an environment of insecurity," the former PM added.