According to the people, these plastic currencies had been operating inside the Dera for quite a long time. 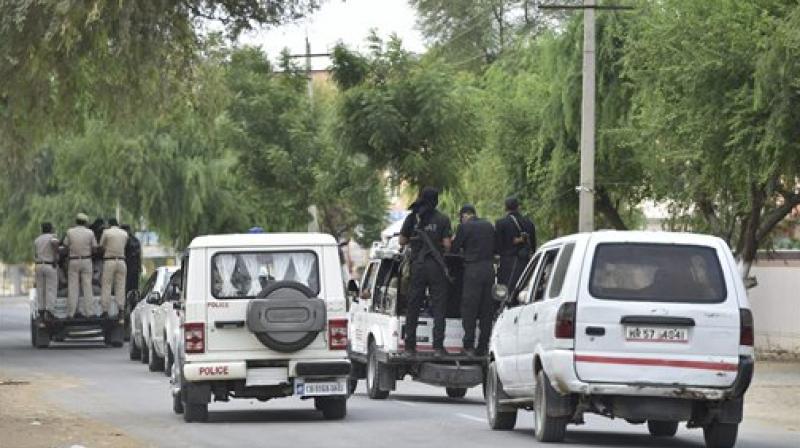 Sirsa (Haryana): In the wake of a search operation being conducted at the Dera headquarters in Sirsa, a series of plastic currency was found in the markets near the Dera on Friday.

These currency tokens, which are given in exchange of money, were used to purchase commodities inside the Dera.

According to the people, these plastic currencies had been operating inside the Dera for quite a long time.

"This currency has been running here for very long. The people used to give money to buy these tokens," said a Dera follower.

Meanwhile, a computer, hard disks and cash were recovered in the search.

Heavy security was deployed in Sirsa and in surrounding areas in wake of the search operation.

Ten companies of the Sashastra Seema Bal (SSB), along with the Haryana Police, were deployed at the Shah Satnaam Chowk. A forensic team was called from Roorke.

41 companies of the Paramilitary Forces, four columns of the Army, the Haryana Police from four-five districts, 16 Checkpoints, one SWAT team and one dog squad were also deployed.

A curfew had also been imposed in the areas surrounding the Dera and there will be no relaxation given in these areas till the search operation is on.

Earlier on September 5, the and Haryana High Court gave orders to conduct a search operation at the headquarters of Dera Sacha Sauda, under the supervision of a judicial officer.

This order came after the Haryana Police seized a cache of 33 licensed weapons of the Dera Sacha Sauda. These weapons include 14 revolvers, nine guns, four rifles and other modified weapons.

The police later seized and sealed all the weapons.