The entire sanitisation process will be videographed and is being overseen by retired District and Sessions Judge, AKS Pawar. 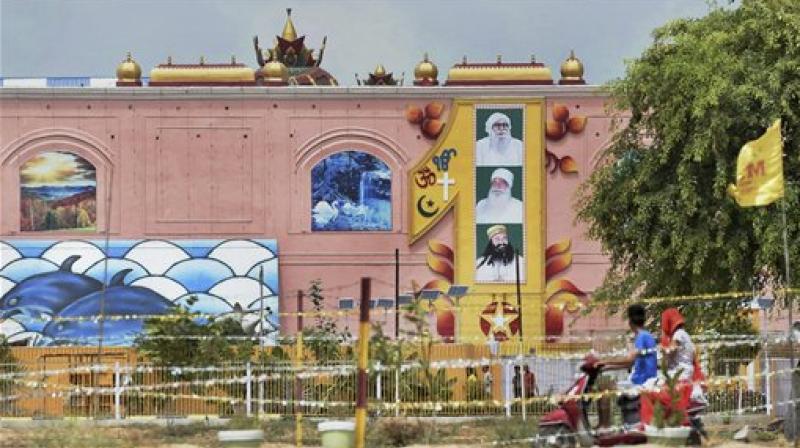 A view of the Dera Sacha Sauda headquarters in Sirsa. (Photo: PTI)

Sirsa: A mammoth exercise to carry out "sanitisation" of the sprawling Dera Sacha Sauda sect headquarters was underway in Sirsa on Friday with security forces and various government departments coordinating closely amid tight security.

The entire sanitisation process will be videographed and is being overseen by retired District and Sessions Judge, AKS Pawar, who was appointed as Court Commissioner by the Punjab and Haryana High Court on Tuesday.

Mehra said a few rooms were also sealed. He said the forensic team has been called from Roorkee.

Curfew remains enforced on the road leading to the Dera headquarters. No unauthorised person was being allowed to go inside Dera premises.

Besides, some fire tenders, heavy earth moving machines and tractors have also been pressed into service for the sanitisation exercise. 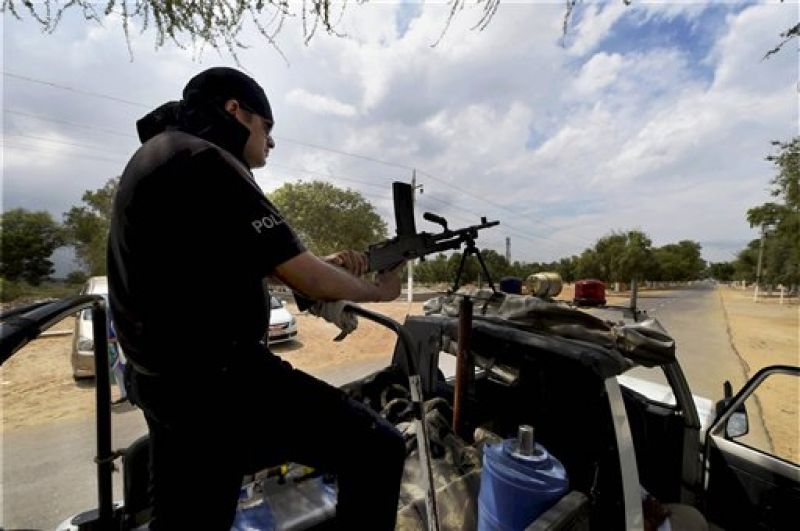 "We have formed a strategy and are hopeful that the sanitisation process will be conducted in a smooth manner. The Dera management too has expressed willingness to cooperate with the local administration and police during investigation," Haryana Police DGP B S Sandhu said in Chandigarh on Thursday.

The Dera management on Friday said it will cooperate in the sanitisation process.

"Today the sanitisation process has begun. We have always followed law. We will extend all cooperation in carrying out this (sanitisation) exercise by the government and appeal to all to maintain peace and calm," Dera chairperson Vipassana Insan said.

Court Commissioner Pawar arrived in Sirsa on Thursday and held a meeting with top officials of the civil and police administration including the paramilitary to take stock of things before the process was to be undertaken.

The premises of the Dera, whose chief Gurmeet Ram Rahim Singh was jailed in rape case, is spread over nearly 800 acres, and houses educational institutions, markets, hospital, stadium, recreational areas and houses.

DGP Sandhu had said earlier that the sanitisation process will be out of bounds for the media.

Duty magistrates, executive magistrates and revenue officials are also part of the exercise.

As many as 16 'nakas' have been set up near the Dera. A total of 41 companies of paramilitary forces have been deployed in Sirsa district.

Policemen of the anti-bomb disposal squad and 40 commandos of Special Weapons and Tactics team and dog squad would also be deployed for the sanitisation process.

The police and the Dera management have maintained that licensed weapons have been deposited by most Dera followers at Sirsa with the police authorities.

The Punjab and Haryana High Court had earlier taken up a PIL filed by Ravinder Dhull, a Panchkula resident, who had raised concerns over the law and order situation and stated that over 1.5 lakh people had reportedly entered the district earlier despite prohibitory orders.

Large-scale violence broke out in Panchkula after the Dera chief's conviction in rape cases, leaving 35 people dead. Six others died in incidents of violence in Sirsa.

Ram Rahim was later sentenced to 20 years in prison in the rape case.

The Haryana government had filed a plea on Friday seeking "permission to hold sanitisation process of the Dera headquarter here under "judicial supervision", following the incarceration of the sect chief.

The HC earlier this week appointed a court commissioner for the purpose.

A report of the whole sanitisation process will be submitted to the high court by the court commissioner, with a copy to be given to the state government.

Haryana Chief Minister Manohar Lal Khattar had earlier said that some "objectionable" items were found during the sanitisation of 'namcharcha ghars' (congregation centres of Dera Sacha Sauda) in the state.

Over 100 namcharcha ghars, associated with the Dera, have already been sanitised in the state, he had said.

The Haryana government had come under attack for allowing a huge build up of Dera Sacha Sauda followers in Panchkula.

Khattar had said the violence could have turned much worse had the government not been alert.