UP man working in Kuwait gives triple talaq through WhatsApp

The incident comes just days after the Parliament passed a bill criminalising the practice. 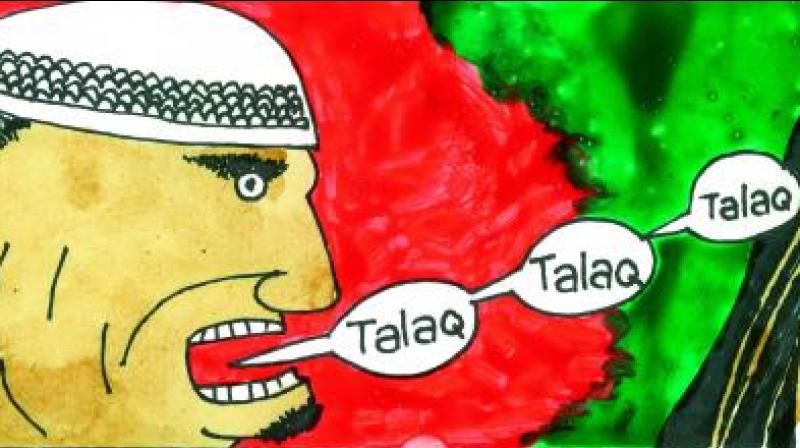 The woman approached the police alleging that her husband divorced her through triple talaq using WhatsApp from Kuwait. (Photo: Representational | File)

Muzaffarnagar: A man divorced his wife here through triple talaq on WhatsApp from Kuwait, where he works as a labourer, after she filed a dowry and harassment case against him and his family, police said Thursday.

The incident comes just days after the Parliament passed a bill criminalising the practice.

Police said the dowry and harassment case was filed against the man and his family on May 27 by the woman, alleging that he demanded Rs 5 lakh from her.

Police said the accused pressured the woman, who is from Bihari village under Sikheda police station in the district, to withdraw the case, but she refused.

On Wednesday, the woman approached the police alleging that her husband divorced her through triple talaq using WhatsApp from Kuwait, they said.