Watch: Cops resort to lathicharge after scuffle with Karunanidhi supporters 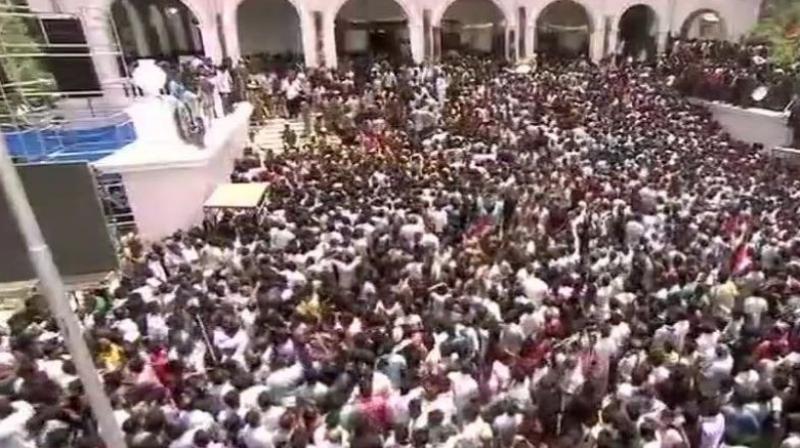 Mortal remains of the DMK patriarch are placed at Rajaji hall since Wednesday morning for visitors to pay their tribute to the late leader. (Photo: Twitter | ANI)

Chennai: A scuffle broke out between the Tamil Nadu police and DMK supporters who have congregated in large numbers at Rajaji hall to pay their respect to M Karunanidhi.

Mortal remains of the DMK patriarch are placed at Rajaji hall since Wednesday morning for visitors to pay their tribute to the late leader.

Thousands and thousands of supporters have been thronging Rajaji hall to get a glimpse of Karunanidhi whose body is kept in a glass casket, draped in tri-colour.

Police had to resort to lathicharge to disperse the crowd, which according to reports has forcefully entered the VIP area designated for political leaders.

Seeing the swelling crowd, police blocked the entrance of Rajaji hall following which people were seen climbing walls, trees to enter the hall. 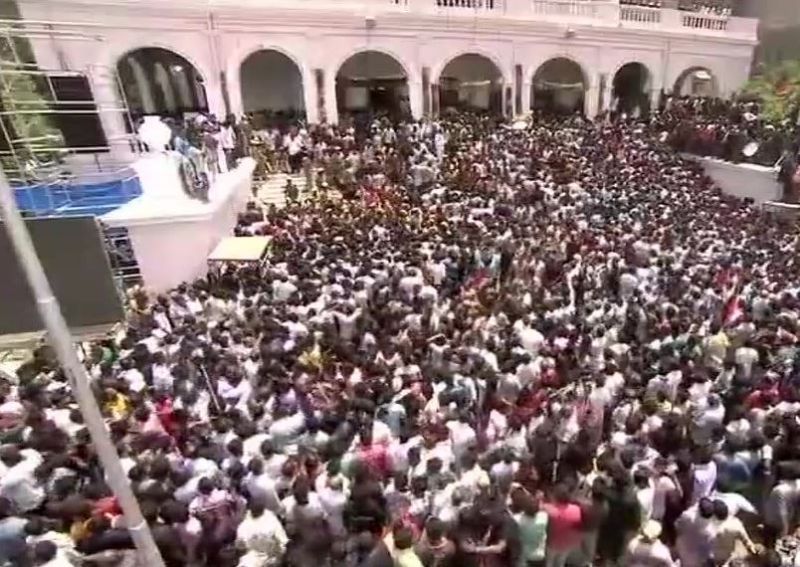 The last journey of Karunanidhi from Rajiji hall to Marina Beach is expected toi begin at 4 pm. The funeral of the DMK leader is expected to take place at aroun 7 in the evening.

A supporter in Coimbatore also shaved his head as a mark of respect to the DMK leader. 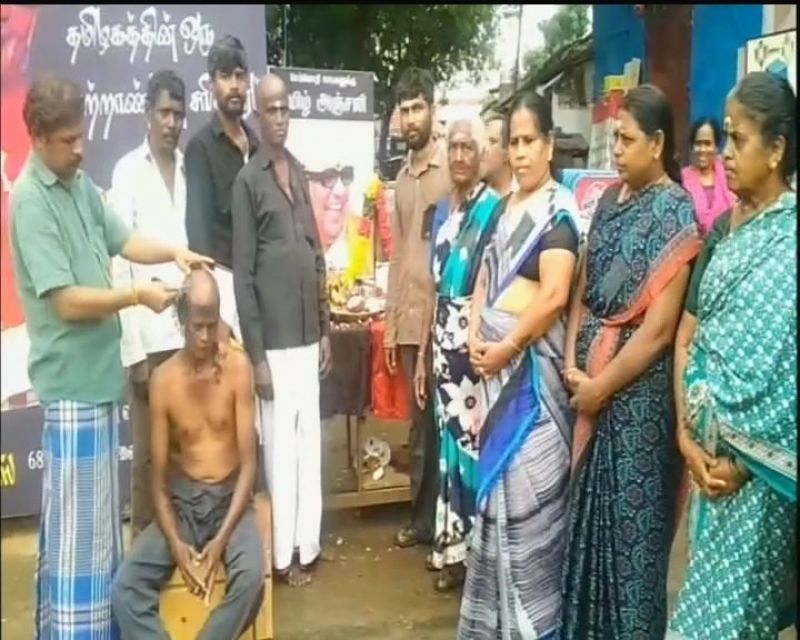