DMK patriarch Karunanidhi died at the age of 94 at Cauvery hospital in Chennai on Tuesday evening after a prolonged illness. 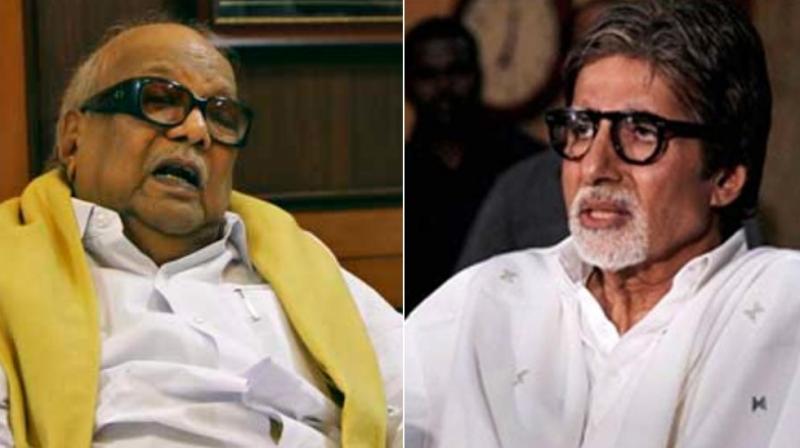 Superstar Amitabh Bachchan on Wednesday paid tribute to Karunanidhi and recalled that he had received his first-ever National Award from the late leader. Taking to Twitter, Big B said:

T 2893 - பிரார்த்தனை மற்றும் இரங்கல் , for the Honourable and dynamic leader Shri Karunanidhi .. I received my very 1st National Award for 'Saat Hindustani' from him, when the ceremony was held in Chennai that year .. he was the CM ..🙏🙏🙏 pic.twitter.com/lu9Mc886EX

Amitabh Bachchan had won a National Award in most promising newcomer category for his film ‘Saat Hindustani’ directed by Khwaza Ahmad Abbas. The award was presented to him by Karunanidhi in Madras (now Chennai).

Five-time Tamil Nadu chief minister Karunanidhi died at the age of 94 at Cauvery hospital in Chennai on Tuesday evening after a prolonged illness.