If power goes to a political party that is undemocratic, we cannot expect to have democratic governance. 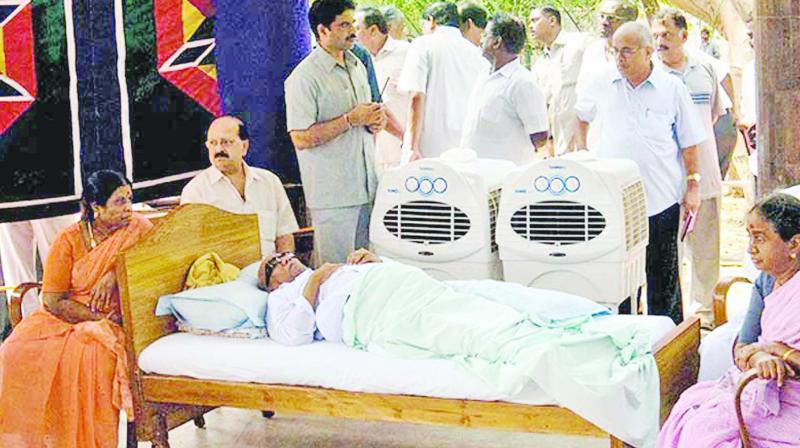 Karunanidhi on fast at Marina in April 2009 urging Sri Lankan government to stop its military offensive against Tamils.

During M.K. Stalin's recent “Cauvery Walk” we visited his father Karunanidhi’s ancestral home in Thirukkuvalai, near Tiruvarur. One look at his house and its surroundings, I was left wondering how such a big leader like Karunanidhi could have emerged from such a remote and backward village.

Fidel Castro used to say “history will absolve me”. In a country like ours, we are not sure whether geography will absolve us even if history does. Geography determines a person’s life more than history and that is why there is hardly any opportunity for persons from rural areas, even if there is talent to make a mark. The rural-urban divide is sharp even now.

Imagine how Thirukkuvalai must have been 100 years ago if it is so backward even today. That a person from such a village could determine the destiny of Tamil Nadu for nearly 50 years is itself a major achievement. 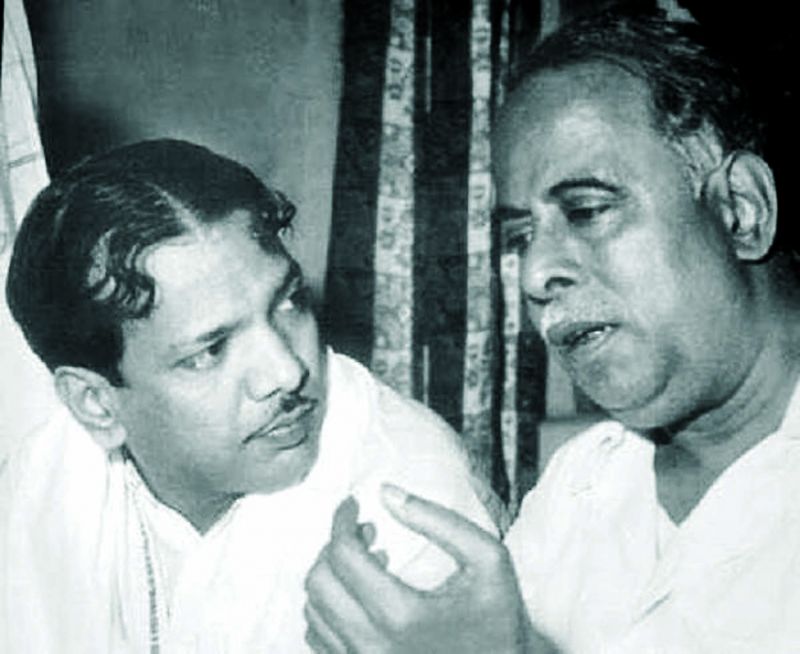 Secondly, he has been the president of the DMK for close to 50 years. In Indian democracy, any elected government can be democratic only to the extent the parties in the electoral system are democratic. If power goes to a political party that is undemocratic, we cannot expect to have democratic governance.

The AIADMK has been a personality centred party almost from the beginning, whether it was headed by MGR or Jayalalithaa. There were no norms for changing functionaries in the party and in the ministry; the ‘boss’ decided it all. So, this authoritarian streak was reflected in their governance also. In the garb of populism, they (AIADMK) gave only an authoritarian rule in Tamil Nadu. The roots of it were in the undemocratic structure of the party itself. They would try to run the government as they ran the party. Even bureaucrats were treated like party district secretaries who could be changed at will.

From that standpoint, if you make a comparative study, Karunanidhi’s second biggest achievement in these last 50 years is to run the DMK in a democratic manner. There is inner party democracy in the DMK where elections are held periodically for party posts. On several occasions, people whom Karunanidhi did not like have become district secretaries. They can contest in the internal party elections and occupy such positions. This is the case with influential ministers at the district level where candidates opposed to the choice of the local minister could win party positions through election. Such a democratic practice has been there only in the DMK. He also ensured fair representation of Dalits and Women in the party posts. DMK is the only party in India which reserved party posts to Dalits and women. The relationship between the leader and the cadres is another aspect. Personality cult has been the bane of almost all political parties in India. The personality cult made the relationship between the leader and the cadre as one of deity-devotee. But as far as Karunanidhi was concerned, whether it was a district secretary or any other office bearer, they could even joke with him while in conversation. You can’t find this in any other leader today in India. He would listen to the opinion of party member, even if he was a first time MLA. Though Karunanidhi was a strong and charismatic leader, he never spoke down to his cadres and moved with them as an equal. This is his third most important achievement. 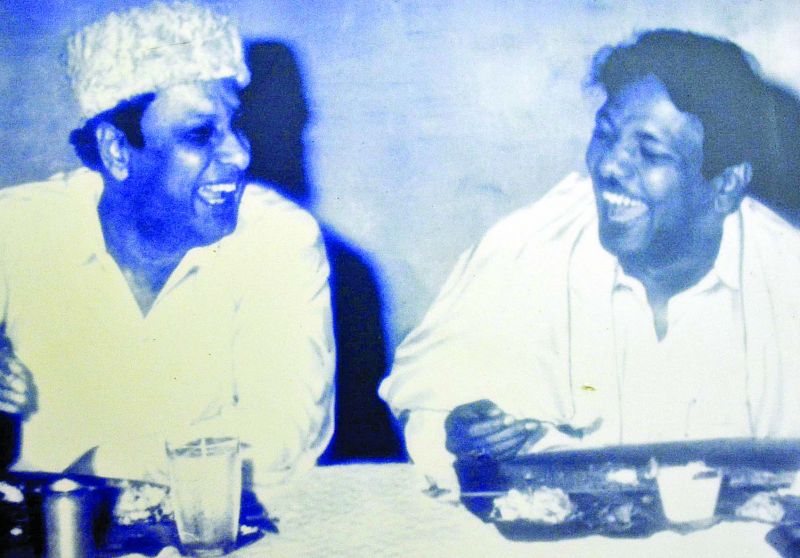 With MGR, his friend for 40 years

Karunanidhi was also a multi-faceted, talented personality among the political leaders of the country. He was a school dropout and yet he was well-versed with Tamil classical literature which even today’s Tamil professors may not be knowing. He has written commentary to classical grammar text Tholkappiyam.  His commentary to ‘Tirukkural’ is a unique one. He had good knowledge and scholarship in all forms of Tamil literature from classical to modern.

His government took steps to propagate ideals of Thiruvalluvar, as much as hold ‘Indira Vizha’ at Poompuhar to commemorate the Tamil epic ‘Silapathikaram’. All this was possible because of his deep understanding of Tamil culture which was also reflected in governance. He used the power of the chief minister’s office creatively to enhance Tamil literature and culture. His contribution to Tamil culture is even greater than what a scholar like E. M. S. Namboodiripad had done to Kerala’s culture when the latter was chief minister.

Karunanidhi’s perspective was so intertwined with political modernity that he could even use cinema creatively. His commitment as a rationalist also ensured he did not compromise with religious fundamentalism. He used to ask bold questions even when DMK was in power.

Next was his understanding of equality which is the core idea of social justice. He never used caste suffix with his name. He tried to institutionalise the notion of equality through the establishment of ‘Samathuvapuram’ where people from all castes are made to live together.

Even Mayawati, a dalit, had become chief minister thrice but did little in bringing equality into governance.

Karunanidhi’s another very big achievement was in creating awareness about state’s rights. By doing this he has expanded the meaning of Democracy and federalism. He only coined the slogan “Autonomy for the States; Federalism at the Centre” , constituted Dr P.V.Rajamannar committee in 1969 and paved the way for setting up of the Sarkaria Commission in 1983 to look into the issue of Centre State Relations.

Karunanidhi was not mere a political leader, he was a great thinker. He did to E.V.R. Periyar and Anna what V.I.Lenin did to Karl Marx and Engels.  We should theorise his ideas which can be called as ‘Kalaingnarism’.

(The writer is a Tamil author, poet and gerneal secretary of VCK)