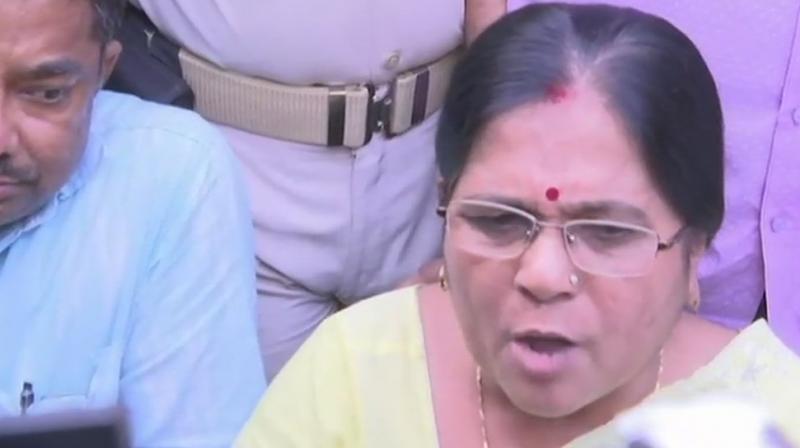 When Manju Verma was confronted with the evidence, she admitted that her husband was in touch with Brajesh Thakur but said that they didn’t realise that he was a criminal.  (Photo: Twitter | ANI)

Patna: Bihar Minister Manju Verma has resigned over the allegations against her husband, who is accused of having links with the Muzaffarpur shelter case.

According to a report, police say call records of Manju Verma’s husband confirm that he was constantly in touch with Brajesh Thakur, who ran the shelter home where over 30 girls were raped.

Chandeshwar Verma, Manju Verma’s husband visited the shelter home nine times, each time for several hours. When Manju Verma was confronted with the evidence, she admitted that her husband was in touch with Brajesh Thakur but said that they didn’t realise that he was a criminal.

Addressing a press conference, Manju Verma said, "I have resigned because of the furore created by the media and opposition. I have full faith in both the CBI and the Judiciary. I am sure the truth will be out and my husband will come out clean."

Call Data record’s initial analysis hasn’t revealed that whether Brajesh Thakur spoke to minister’s husband after the scandal broke out.

Bihar Chief Minister Nitish Kumar and Deputy Sushil Modi had earlier ruled out Manju Verma’s resignation and said that there were "no incriminating documents" and "she will resign when anything that suggests wrongdoing on her part comes up."