India   All India  08 Aug 2017  She is like my daughter: Haryana BJP chief on victim of stalker son
India, All India

She is like my daughter: Haryana BJP chief on victim of stalker son

The victim was harassed and stalked by Vikas Barala, Haryana BJP chief's son in Chandigarh. 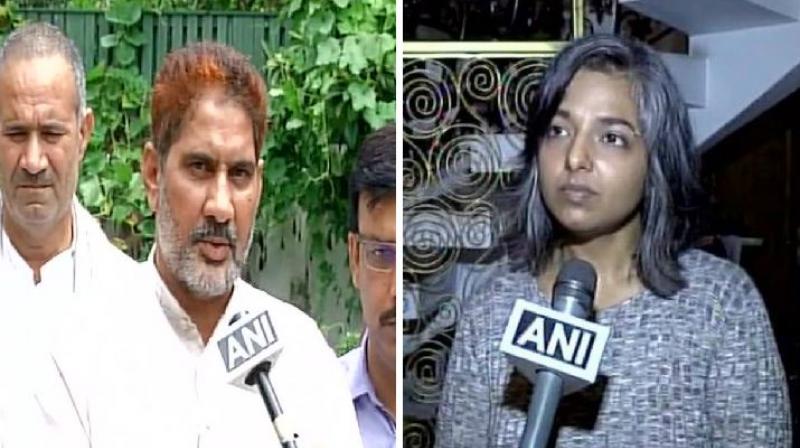 "Investigation is being done in the case. Whatever action is required it will be taken against Vikas in this case. BJP bats for daughter's freedom and Varnika Kundu is like my daughter. Neither I nor BJP is pressuring anyone in this matter," he told ANI exclusively.

The state BJP chief's son and his friend are accused for stalking 29-year-old Varnika Kundu in the early hours on Saturday.

The Chandigarh police on Monday said it retrieved CCTV footage of Kundu being chased. Kundu had also alleged that Vikas tried to open her car door.

The footage showed the victim's car being followed by a white SUV, he added.

Meanwhile, the Centre on Tuesday asked for a report on the incident.

Read: Why was she out late at night: Haryana BJP leader on stalking case

Vikas Barala was arrested on Saturday on charges of stalking and harassing Varnilka in Chandigarh. He was however, granted bail on the same day.

Barala's address to the media comes days after the issue became a global concern with people condemning the incident over social media.