After news of the missing footage broke, the Congress on Monday accused the ruling BJP of “conspiring to hush up” the case. 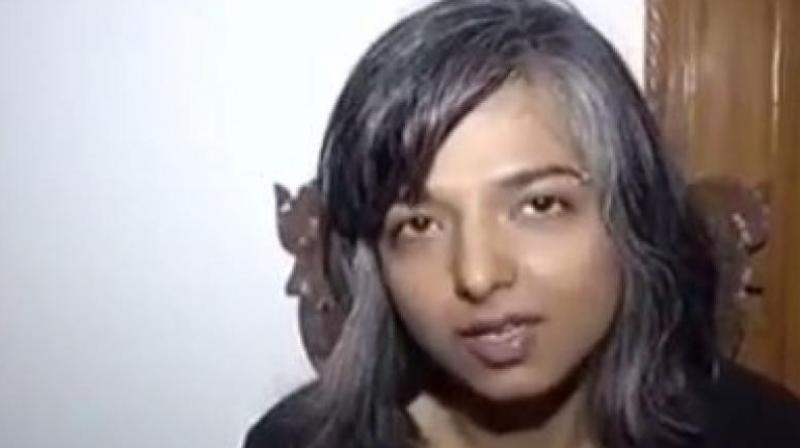 Chandigarh: In what has come as a major embarrassment for Chandigarh police, the footage of nine CCTVs installed along the road on which Varinka Kundu was allegedly stalked by the Haryana BJP chief’s son has gone missing.

Apart from rising political pressure, this is a major setback to the investigation in the high-profile case. The police claims that it has written to the National Informatics Centre to retrieve the footage at the earliest.

After news of the missing footage broke, the Congress on Monday accused the ruling BJP of “conspiring to hush up” the case.

While the BJP’s Kiron Kher said that Chandigarh police was not facing any political pressure, the BJP’s Chandigarh unit vice-president Ramveer Bhatti sparked outrage by blaming Ms Kundu for “staying out so late in the night”.

Speaking to a news channel, Mr Bhatti said, “Why was she allowed to roam around at night? Parents should not allow their children to stay out late... what is the point of roaming around at night?” He has since back-tracked his statement.

Ms Kundu, a DJ, has alleged that Vikas Barala (23) and his friend Ashish Kumar (27) chased her while she was driving home on Saturday. They even tried to open the door of her car, she has said. The two were arrested after she filed a police complaint, but were later released on bail as they were booked under bailable sections of the IPC and the Motor Vehicles Act.

All India Congress Committee media in-charge Randeep Surjewala said the Chandigarh police comes directly under the Union home ministry and the government is trying to protect Subhash Barala and his son.

Mr Surjewala said, “The Union home ministry is conspiring to hush up the case in a bid to protect the Haryana state BJP president and his son. Will PM Narendra Modi and BJP president Amit Shah tell the nation why they (Subhash Barala and his son) are being shielded? Even before one has lodged a case, the CCTV footage goes missing from the cameras. How is it possible?”

The Congress also released three videos of the changing statements of DSP Satish Kumar, who is probing the case, and Ms Kundu narrating the incident.

“We have also released the video of the girl in question… this young girl has clearly said that she has stated before the magistrate in a statement under Section 164 and she is saying so again on camera that there was a clear cut unequivocal attempt to abduct her. But why has no FIR been lodged?” Mr Surjewala asked.

The Congress also demanded the resignation of the BJP’s state chief.

Senior BJP leader Anil Jain, in-charge of the BJP’s Haryana affairs, ruled out the resignation of its state unit chief. “Subhash Barala has nothing to with the Vikas Barala case. The law is taking its own course. There is no reason for Subhash Barala’s resignation,” Mrr Jain said.

His statement comes a day after Haryana chief minister Manohar Lal Khattar also said that the BJP state unit chief had “nothing to do with incident”.

Coming to the victim’s aid, the Indian Administrative Service (Central) Association, which claims to represent all 5,004 IAS officers across the country, tweeted, “Absolutely shocking. Time we made our nation a safe place for women. Exemplary and timely punishment for such offences is a must.”

Responding to Mr Bhatti’s comments, Ms Kundu told a News channel, “It is none of his business, it is my business and my family’s what I do and where... If it wasn’t for men like these, I wouldn’t be unsafe going out... whether it was 12 am or 2 am or 4 am.”

“If it happens at night it’s my fault? Can the men not control their urges at night? Why am I being questioned?  I am the one who was under attack...but they are not questioned...,” she added.

Virender Kundu, the girl’s father and a senior Haryana IAS officer, who had taken to the social media to urge people to fight crime against women, told reporters that he had full faith in the system and was grateful to Chandigarh police for “saving” his daughter’s life. He has also written a post on Facebook praising his daughter for the stand she has taken.