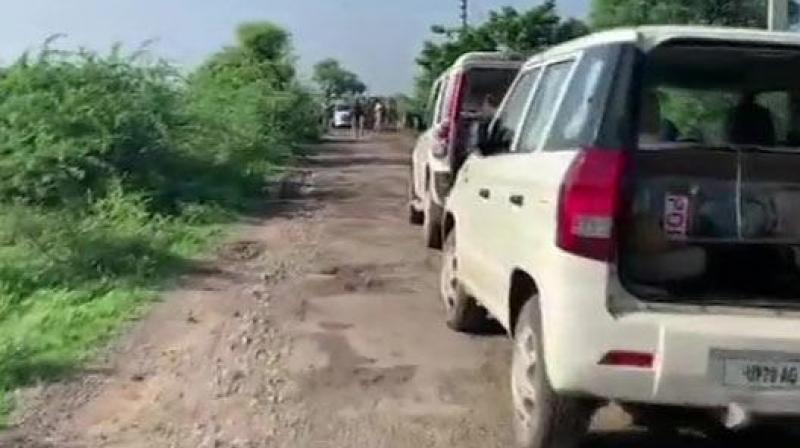 Amar Dubey, who carried a reward of Rs 25,000, was killed in an encounter in Maudaha village in Hamirpur district, Special Task Force IG Amitabh Yash said.

Superintendent of Police, Hamirpur Shlok Kumar said, "Acting on a tip off, a team of STF and local police surrounded Amar and he was injured in the firing and died during treatment in the hospital."

Two policemen including an Inspector from Maudaha and an STF constable were injured in the encounter. An automatic weapon used to fire at police and a bag was recovered from the spot, the SP said.

In a separate encounter, hours after Amar was gunned down in Hamirpur, another associate of the gangster was arrested in an encounter in Chaubeypur area in Kanpur, police said.

According to sources, Amar was involved in the security of Vikas Dubey and travelled with him wherever he went while Bajpai too was close to the gangster.

Another two associates of Vikay Dubey -- Prem Prakash Pandey and Atul Dubey were killed by police in an encounter in Kanpur on Friday.

IG STF, said, "STF was tracking all those named in the FIR and wherever we get information we are taking help of local police. We are also trying to trace weapons of policemen taken away from the spot and also weapons used by the criminals to attack the police force."

About the delay in the arrest of Vikas Dubey, the IG said, "He is a hardened criminal and was used to hiding so it is taking time but we will surely nab him. We have started getting success."

Eight policemen were ambushed in Chaubeypur police station area when they were going to arrest Vikas Dubey and fell to bullets fired from rooftops shortly after midnight on Friday.

Vikas Dubey, the notorious criminal who carries a reward of Rs 2.5 lakh, is still absconding.