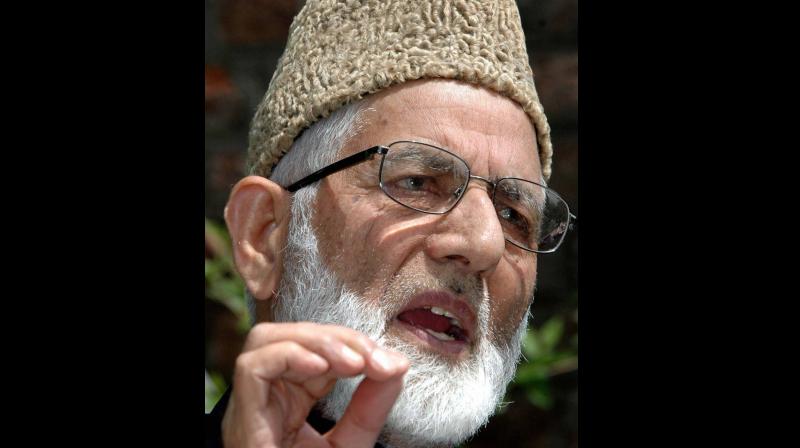 SRINAGAR: An open letter attributed to Kashmir’s separatist patriarch Syed Ali Shah Geelani, calling for a shutdown in the Valley on Burhan's death anniversary on Wednesday and again on Kashmir 'martyrs' day' on July 13, went viral on Tuesday.

However, the Jammu and Kashmir police was quick to step in, informing the people that it was a fake letter. The police also said that it has filed a case under Unlawful Activities (Prevention) Act and for public mischief under the Indian Penal Code (IPC). The letter is fake as the same was not issued by the nonagenarian separatist leader, the police said.

“As per the family sources of SAS Geelani the letter is fake and not issued by him. This is published from Pakistan. Police are taking action against those who are circulating it through different social media platforms to instigate violence and create law and order problems (sic),” the J-K police tweeted.

A police spokesman said that a case (FIR No 265/2020) under section 13 ULA(P) Act, 505 IPC (public mischief) has been registered in police station Budgam and that further investigation is in progress.

A tweet from @hurriyet_news handle said “As informed earlier that Twitter handle @GeelaniOfficial has been compromised and is now being controlled by Md Hussain Khateeb instead of Geelani Sahab’s representative Abdullah Geelani. A fake letter has been issued by @GeelaniOfficial on 6 July to misguide us.(sic)”

Geelani had last week announced his decision to quit his faction of Hurriyat Conference, an amalgam of separatist parties.