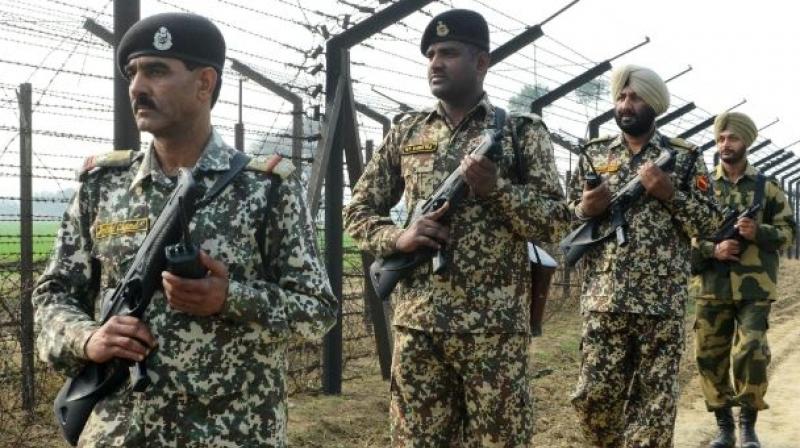 Indian Army retaliated strongly and effectively to the ceasefire violation which took place around 6:30 am. (Photo: Representational/ PTI)

Poonch: Two Army jawans were injured in a terror attack in Hajin area of Bandipora on Saturday morning.

Meanwhile, the Pakistan army initiated unprovoked and indiscriminate firing of small arms, automatics and mortars in the wee hours of Saturday in the Poonch Sector along the Line of Control (LoC) in Jammu and Kashmir.

Indian Army retaliated strongly and effectively to the ceasefire violation which took place around 6:30 am