Sarthak has written to PM Modi detailing problems his family is facing due to his father's job loss. 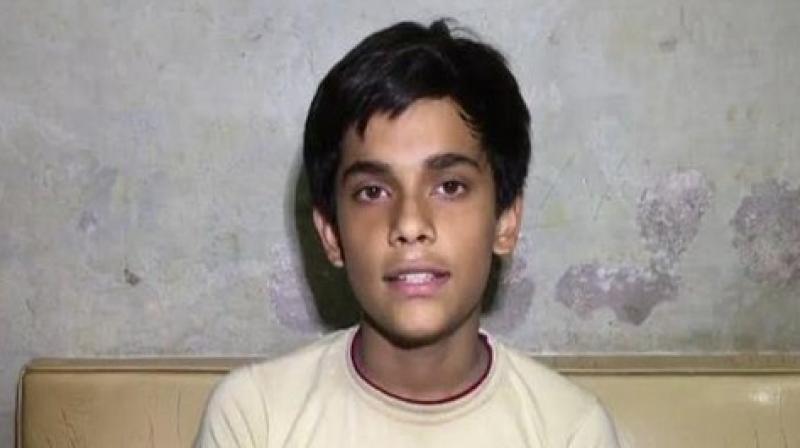 'I have requested Modi Baba ji to help my father who was asked to leave his job from the UPSE by some people,' 13-year-old Sarthak Tripathi said. (Photo: ANI)

Since 2016, Sarthak has written 36 letters, the last one on Friday, not only detailing the problems his family is facing due to the job loss but also requesting Modi to reinstate his father, who was forced out of job from the UPSE.

"I have requested Modi Baba ji to help my father who was asked to leave his job from the UPSE by some people," he told ANI.

His 36 letters have not brought any hope for his family so far except the threat calls to eliminate the entire family.

"I believe that my letters are behind the threat calls my father is receiving. They threaten to kill my father and the whole family," he said.

He wishes that those who have done wrong with his father must be brought to justice as per the law of the land.