India does not view its relations with China through the prism of China-Pakistan ties, Defence Minister Nirmala Sitharaman also said. 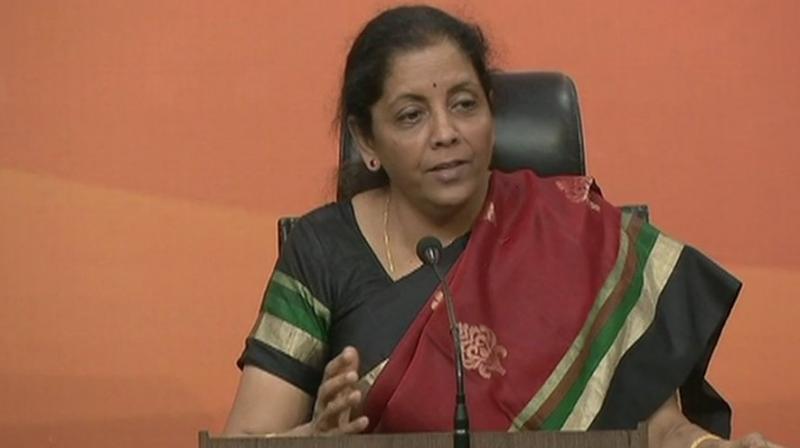 Chennai: India does not view its relations with China through the prism of China-Pakistan ties, Defence Minister Nirmala Sitharaman said on Friday, but ruled out the possibility of New Delhi reviewing its stand on China-Pakistan Economic Corridor (CPEC) project, a major irritant in Sino-Indian relationship. She also said New Delhi is alert to the economic assistance provided by China to India's neighbours and ramifications it could have for the country.

"One thing I want to assure here...we do not view our relations with China through the prism of China-Pakistan relations," the minister told an event to mark the 10th anniversary of 'Chennai Centre for China Studies' in Chennai.

Sitharaman brought up the issue of CPEC, and made it clear that India will not "entertain any thought" of reviewing its stand on it, as it concerned its sovereignty.

"It is an issue of sovereignty, and we shall not entertain any thought (other than the stated Indian position) on that matter," she said.

The CPEC comprises a bunch of projects aimed at upgrading infrastructure in Pakistan and strengthening the economic ties between the two countries.

The corridor will link Gwadar in south-western Pakistan to China's Xinjiang province, and would pass through Pakistan-occupied-Kashmir, a territory India claims as its own.

"The kind of economic assistance being extended to many of our neighbours are all very clearly impacting the economies there, probably helping to bond a relationship with those countries. As a result, even a strategic presence could be enabled. I see a linkage. This is something which I think all of us, you (Chennai Centre for China Studies) as a think tank, and we as a government, constantly be alert to and understand its ramifications," she said.

Sitharaman said Pakistani military was becoming increasingly dependent on the Chinese for arms and equipment.

"The focus of the reforms is therefore evidently moving towards the PLA (People's Liberation Army) Navy, PLA Airforce and PLA Rocket Forces as opposed to erstwhile emphasis on just the PLA," she said.

Noting that a "fundamental reorientation" of the China-Pakistan relations was not likely, the minister said last month's informal summit meeting between Prime Minister Narendra Modi and Chinese President Xi Jinping was not just a "one-off" thing and that the two nations will "immensely benefit" from it.

"No doubt, in the long term, the relationship between India and China will immensely benefit from this engagement," she said.

Sitharaman said she was in China in April this year with External Affairs Minister Sushma Swaraj for the Shanghai Cooperation Organisation's (SCO) foreign and defence ministers' meet where India made a pitch for a greater interactive forum. "And for that we should have definitely a hotline between India and China," she said. The hotline, she said, would reduce the time consumed in reaching the empowered decision makers in times of confrontation at the ground level.

"We have certainly underlined the fact that the border personnel meet, flag officer meet can all happen. But we need to have a better hotline that would easily help us in being ready for a (conflict) resolution in a short time," she said.