India   All India  08 Jun 2017  Will examine if Rahul violated traffic rules on way to Mandsaur: Rajasthan police
India, All India

Will examine if Rahul violated traffic rules on way to Mandsaur: Rajasthan police

SP, Chittorgarh, Prasanna Khamesra said that Gandhi had travelled a few kilometres as a pillon rider on a motorcycle. 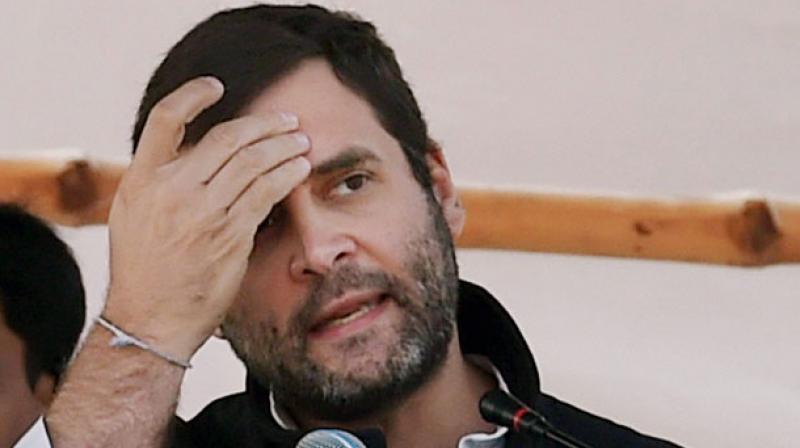 Jaipur: Tensions continue to simmer for Congress Vice President Rahul Gandhi who was arrested by police on Thursday when he was on his to to Mandsaur to meet the family of deceased.

The Rajasthan police said that it will examine whether traffic rules were violated by Rahul Gandhi, who visited the state on way to Madhya Pradesh, on Thursday.

SP, Chittorgarh, Prasanna Khamesra said that Gandhi had travelled a few kilometres as a pillon rider on a motorcycle from Nimbaheda to up to the Madhya Pradesh border.

At the border, Rahul had alighted from the bike and walked into Madhya Pradesh, he said.

The police official said that there were reports that at one point of time, there were three passengers including Gandhi on the motorcycle. The pillion rider also need to wear a helmet, he said.

"We will look into whether any traffic violation was committed," he said.

DSP Gopi Chand also said that the matter will be looked into.

Gandhi reached Udaipur by a chartered plane on Thursday morning and from there left for Chittorgarh. From Chittorgarh he entered Madhya Pradesh aiming to meet the families of farmers who had died during recent protests in Mandsaur.