Army successfully conducted second anti-infiltration operation in 24-hours, fourth such, along the LoC within a fortnight in North Kashmir. 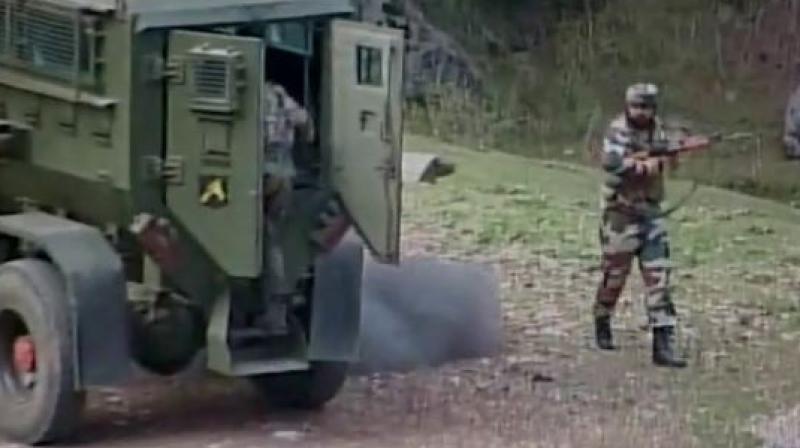 Srinagar: Three militants and a jawan were killed as the Army foiled an infiltration bid along the Line of Control (LoC) in Naugam sector in north Kashmir’s Kupwara district on Thursday. The Army also recovered weapons from the deceased militants.

This is the second successful anti-infiltration operation by the Army in the last 24 hours and the fourth such along the LoC in less than a fortnight in north Kashmir.

“Alert troops foil another infiltration bid in Naugam sector. Two terrorists have been killed, while one soldier has been martyred," an Army official said.

He said the operation was on and further details are awaited.

On Wednesday, three heavily-armed militants were killed in a gunbattle in the district as Army foiled a major infiltration bid along the LoC.

On May 26, the Army killed two Pakistani Border Action Team (BAT) members who tried to infiltrate into Uri sector in Baramulla district to carry out an attack on the soldiers.

Six more militants were killed in the same sector next day when they attempted to sneak into the Valley from across the border.